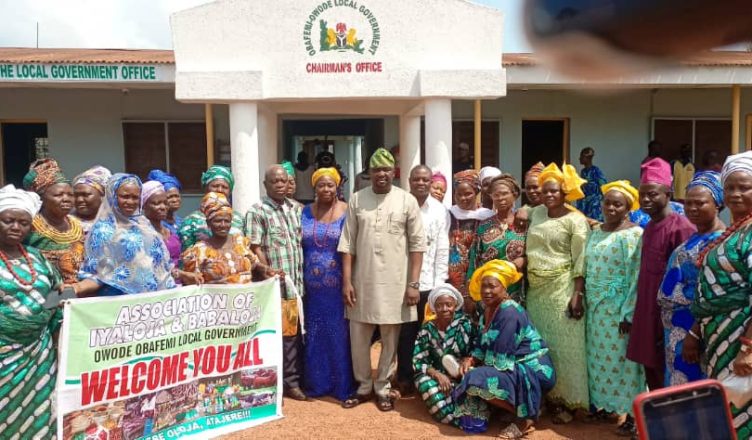 The Executive Chairman, Obafemi Owode Local Government, Ambassador Ogunsola Adesina has reassured that his administration would look into the possibility of giving employment opportunities to children of market women who are graduates of higher institutions of learning in the country.

Ambassador Ogunsola reiterated his commitment that his administration would only be able to perform it’s duties with the support of the market women, called on them to help his administration in having the required resources for the development of the local government area through their constant supports with remittance of market levies, trade permit and other levies, to improve IGR.

Ambassador .Ogunsola, who further noted that he would leave a lasting impression in the hearts of the people of the local government through projects that would impact their lives, adding his administration would look into the provision of boreholes and toilet facilities and accessible roads network across markets places in the local government

In her response, the Iya-Oloja of Obafemi Owode Local Government, Mrs. Keji Ogunleye while appreciating the council boss for his passion for the Market woman in Obafemi owode local government and its environs , commended the chairman for his giant stride and requested for job opportunities to their children that are graduates .