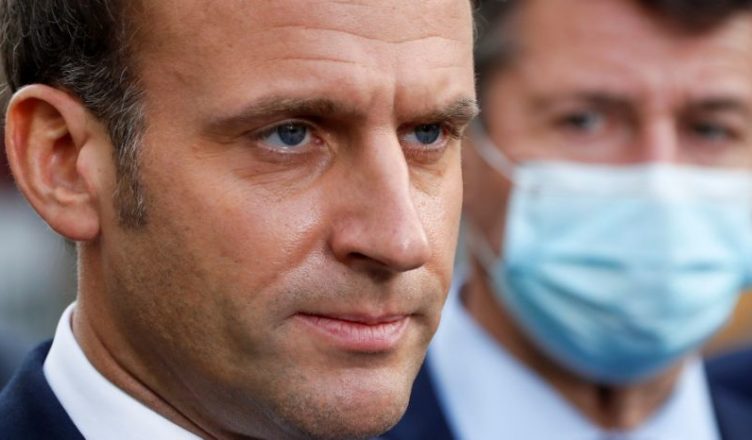 French President Emmanuel Macron declared Thursday that France is “under attack,” hours after an Islamic terrorist wielding a knife decapitated a woman and killed two other people at a church in southern France.

The attack occurred near the Basilica of Notre-Dame in Nice, a city on France’s southern coast. Two women and a man were killed. At least two of the three victims, including the woman who was reportedly decapitated, were inside the church.

“It’s very clear that it is France that is under attack,” Macron said during an address outside the basilica where the attack occurred, calling the incident an “Islamist terrorist attack.”

“France will not give up on our values,” the French president said.

Shortly after the attack, Macron boosted security around the country, increasing the number of soldiers at schools and places of worship from 3,000 to 7,000 troops.

The French president also participated in a crisis meeting at the Interior Ministry on Thursday before traveling to Nice in the wake of the attack, which put France on its highest level of alert.

Mayor Christian Estrosi said that the suspected knife attacker was shot by police while being detained and was taken to the hospital alive.

The “terrorist” shouted “Allahu akbar,” which is Arabic for “God is great,” as police arrested him, the mayor said, adding that, “the meaning of his gesture left no doubt.”

The incident was one of three attacks against France on Thursday. A Saudi man was arrested after he attacked a guard with a sharp tool at the French consulate in Jeddah, Saudi Arabia, according to Saudi state media. The guard was hospitalized and suffered minor injuries. Meanwhile, an individual in the French city of Avignon wielded a knife and threatened people passing by while shouting “Allahu akbar” until police fatally shot the suspect.

Earlier this month, Samuel Paty, a 47-year-old history teacher, was beheaded in a Paris suburb by an 18-year-old Moscow-born Chechen immigrant who was angered by Paty showing caricatures of the Prophet Muhammad to his class.

After Paty was killed, Macron vowed to crack down on Islamic extremism in France, promising that “the fear is now going to change sides,” and that “the Islamists cannot be allowed to sleep peacefully in our country.”