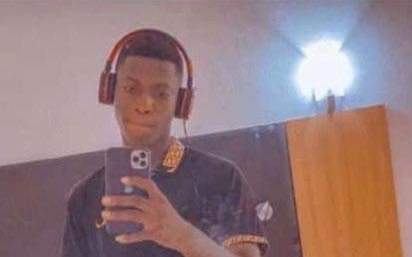 More emerging facts have shown that the death of Gbenga Favour Olaoye-Akanbi, a 300-level student of the University of Ilorin, who committed suicide after losing N300m to questionable forex trade could be linked to psychological pains he received when he was duped.
The mother made it known to a friend of the deceased on telephone that the son was under pressure by his friends who put the funds in his care to return their money.
She said her late son was depressed when his picture was all over social media as a fraudster and scammer.
“What the students want to happen has happened. I begged him to come back home, but he was very callous. He was the only one I have. I don’t know what happened to him within the last three days.

“I still called him three days ago, and he responded very well, what was he thinking of? Now that he has killed himself, will all those who posted him on Instagram get their money back? Is that the solution? He was making a move to raise the money; he released all his savings. Was he a thief? Was it intentional?

“I told him to come home; he said he didn’t want them to come and arrest me. He said he didn’t want people to embarrass me. Am I not embarrassed now? They have started making a mockery of me, that I called myself a pastor. But I still can’t believe it. This boy tried to satisfy everybody, but they turned against him.”The mother explained.
It was reported that his picture was circulated on social media with an illustration,”This guy in this picture called Jasper is a scammer. I have been paying to his Opay account and reinvesting my capital until he scammed us off our money. Na God go judge am. He was proudly telling us that he has back up funds that’s enough to pay everyone and he later tell us that he has turned the money into crypto. He has given us stupid excuses since June,”
One of his friends whose fund was lost said,” The investment is forex. The guy’s name is Eseka Chuckwutem Gospel. We started the investment together this year. It seems he stopped trading, so he turned indirectly to a Ponzi scheme without the knowledge of those investing.

“He has a particular group. Most people in that group collected money from other people to invest in his business. The late Gbenga collected money from different people to invest with ESG at a certain percentage.
Later on, the investment crashed, and the guy was arrested. With the help of some senior police officials, he was released. So over time, people with ESG as investors( they had borrowed money to invest) were now being pressurized to repay the loan they took. I am one of the investors; we were under a lot of pressure to pay up. So I think because of this guy’s age, he is just 19-year-old, he couldn’t withstand the pressure and committed suicide.”