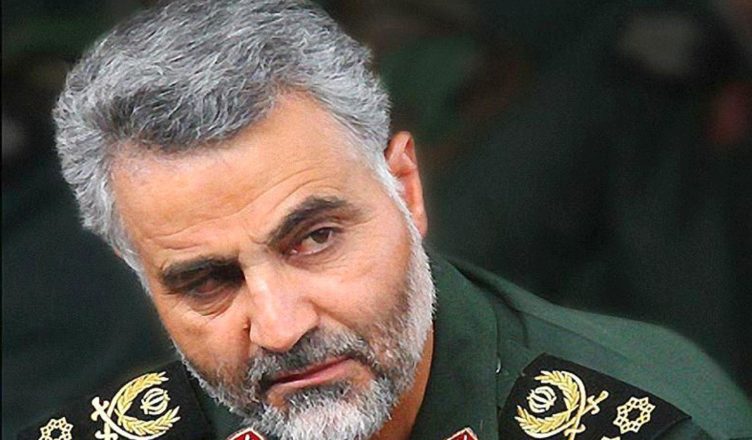 The top commander of Iran’s paramilitary Revolutionary Guard said Friday that the US killing of top general Qassem Soleimani almost a year ago would not deter the Islamic Republic’s resistance.

Gen. Hossein Salami spoke at a ceremony at Tehran University commemorating the anniversary of the American drone strike in Baghdad that killed Soleimani, who headed the expeditionary Quds force, on Jan. 3, 2020.

At the time, Iran retaliated by launching a barrage of ballistic missiles targeting two bases housing US troops in Iraq that caused concussion injuries to about 100 of them.

“Today, we have no problem, concern or apprehension toward encountering any powers. We will give our final words to our enemies on the battlefield,” Salami said, without citing the US directly.

Several top Iranian officials, along with Syrian, Palestinian and Lebanese allies and members of Soleimani’s family, attended the ceremony on Friday.

Soleimani’s replacement, Brig. Gen. Esmail Ghaani, said at the event that Iran was not afraid of confronting “powers,” again without naming the US, and warned that “freedom seekers” within the US could retaliate for the attack that killed the top commander.

“Inside your own home, there might be those who want to respond to the crime that you committed,” he said in comments aimed at the US.

Ebrahim Raisi, the head of Iran’s judiciary, said everyone who played a part in Soleimani’s killing will not be able to “escape law and justice,” even if they were a US president.

Iran’s Foreign Ministry also tweeted that the country will not rest until those behind Soleimani’s killing are brought to justice.

“By committing a craven act of terror against Gen Soleimani, the US violated int’l law & the UN Charter in a blatant violation of Iraqi sovereignty,” said a post on the ministry’s account. “The US’ lawlessness in full show. #Iran won’t rest until bringing those responsible to justice.”
Foreign Minister Mohammad Javad Zarif said Washington would bear responsibility for the consequences of any possible “adventure” in the region.

On Wednesday, two American B-52 bombers flew over the Middle East in what US officials said was a message of deterrence to Iran ahead of the first anniversary.

Meanwhile, a US official told NBC News that Washington has seen increasing indications that Iran could be planning an attack against American forces or interests in the Middle East.

The official, who spoke on condition of anonymity, acknowledged that reading Tehran’s intentions was “difficult and at times unpredictable.”