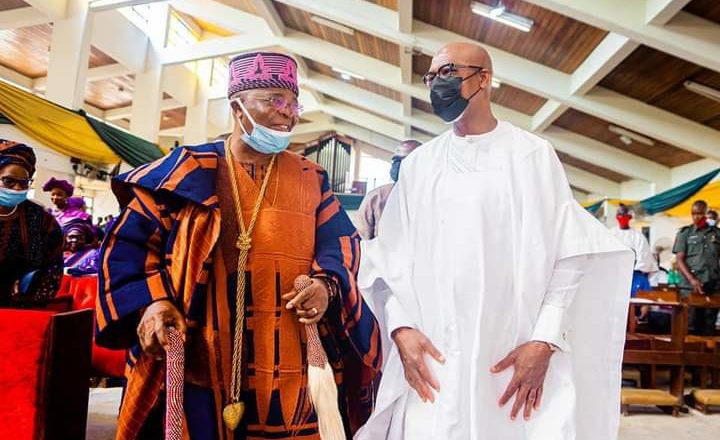 The city of Abeokuta, the Ogun State Capital is to benefit from the British Government’s “Future City Programmme” that would transform it into a smart city.

The State Governor, Prince Dapo Abiodun, who made this known at the Thanksgiving Service to mark the 15th Coronation Anniversary of the Alake of Egbaland, Oba Adedotun Aremu Gbadebo, held at the Cathedral Church of St. Peters, Ake, Abeokuta, disclosed that
his Administration would continue to give the State Capital all the attention it deserves.

“We bidded among so many countries and so many states to the British Government. The Government called for what requires us to nominate cities for what they called ‘the Future Cities Programme,’ and Ogun State nominated Abeokuta.

“In the entire Country and the Continent, only 19 cities were chosen; and in Nigeria, only Abeokuta and Lagos were chosen for the programme – one being championed by the the British Government,” he said.

Governor Abiodun noted that his Administration would not abandon projects left behind by the last administration, however insisting that only those that have direct impact on the people would be completed.

He listed some of the completed road projects in the capital city to include Fajol-American-Gbonagun Road, while the Oke Lantoro-Elite, Panseke-Adigbe, and Kuto-NNPC roads, as well as the Abeokuta-Sagamu and Ijoko-Ota to Isheri roads were mentioned as ongoing.

“I am proud to say that we have also kept that commitment that any project that has any clear line of service and benefit to our people will always be given priority. That is why the hitherto abandoned model school in Kobape is now the tech hub…the same way I have energised the completion of Panseke-Adigbe Road, ditto for Kuto road from NNPC, even as we have initiated new projects to make Abeokuta a deserving capital and a modern city,” he said.

The Governor, who also said that his Administration would remain committed to the equitable and fair development and distribution of amenities to all parts of the State, noted that he would leave the State better than he met it.

The Governor described the Monarch as an impartial ruler who served his father meritoriously in the Military, adding that he is not only a blessing to Egbaland, but a role model to the present and future generations and a father to all.

In his sermon, the Diocesan Bishop, Lagos Mainland, Church of Nigeria, Anglican Communion, Rt. Rev. Akinpelu Johnson, said the Oba was anointed by God to serve his people and therefore must do what was right to all manner of people at all times.

Taking his text from 1 Samuel 16 vs 7 and Romans 13 vs 1-2, the Clergyman advised the Alake to seek wise counsel, lead by example, unite his subjects as well as draw nearer to God, who is the King of Kings.