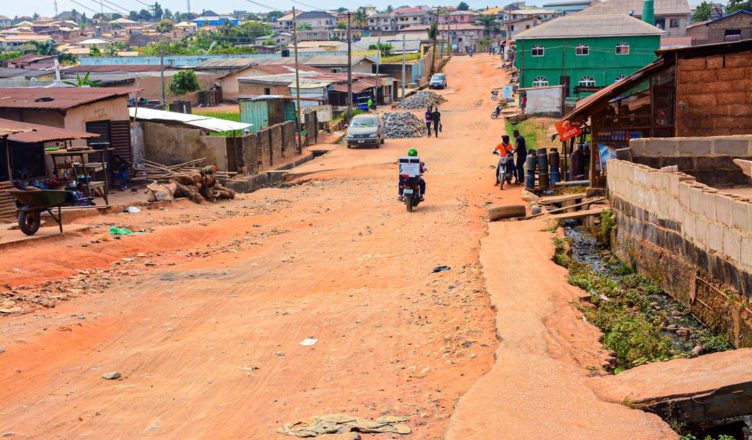 Approval for the immediate commencement of construction work on three roads spread across the Ogun Central and East Senatorial districts of the state was a major part of the resolutions of the State Executive Council meeting presided over by the State Governor, Prince Dapo Abiodun, on Tuesday.

The Commissioner for Works and Infrastructure, Engr. Ade Akinsanya, made this known while briefing reporters, shortly after the end of the weekly Virtual Executive Council meeting.

He said that the state government was able to arrive at the conclusion on the three roads to be constructed from a pool of roads which had earlier been submitted by various community leaders after the state government had asked for their input to priority infrastructural development requirements of their communities immediately the present administration came on board.

The Commissioner noted that the three roads that was approved for construction by the state government include the 4.65 kilometers Akute-Gbenro-Ishasi road; the 2.3 kilometers Olusegun Osoba Twiney street in the Ogun Central Senatorial District of the state and the 2.3 kilometers six- lane Molipa Expressway road which he said would connect the Ejinrin-Folagbade road and Ago-Iwoye road in the Ogun East Senatorial district.

“These three roads – two from the Central Senatorial District and from Ifo Local government in particular, are the 4.65 kilometers Akute-Gbenro-Ishasi road and the 2.3 kilometers Olusegun Osoba Twiney street, which is more in the Agbado area. It is very close to the new train terminal. The last one is in the East Senatorial District (Ijebu-Ode). The road is the 2.3 kilometers six-lane Molipa expressway which connects the Ejinrin-Folagbade road and Ago-Iwoye road – all these roads were presented to the council and approved.

“The Ejinrin road will start from the Ibadan Garage roundabout through the Erinlu roundabout all the way to the Okun-Owa road. That is the stretch; that road will connect three local governments of Ijebu-Ode, Ijebu North East and Odogbolu local government areas of the state,” he said.

Akinsanya who further noted that the present administration in the state since inception had embarked on the construction of the Ota-Raypower-Ikola road; Ashafa -Oke and Ashafa- Isale roads; Molipa-Fosigboye road; Oru-Awa-Ilaporu road; Hospital road in Sagamu; Obantoko-Gbonogun road; Elite road; Vesper-Orita meji road; among others. He added that construction work on the Ijebu-Ode-Epe road, Sagamu-Abeokuta interchange Expressway, Elite-Oke-Lantoro road and the Panseke-Adigbe road would soon be completed and commissioned.

Akinsanya contended that those plying the Panseke-Adigbe road and the Elite-Oke-Lantoro road would soon heave a sigh of relief because asphalting of the roads, which had started would be completed as soon as the raining season ends.

“The Governor had urged the contractors on the Panseke-Adigbe road to do ashphalt on the road every two to three weeks. Unfortunately with rain not much can be done but the dry weather is coming. Hopefully, by the end of the year or early January, but the intention is to have it ready for Christmas because the good weather will come in very soon. On the Elite road, work is currently going on with the drainages, so as to control the flood that happened previously. The road will also be completed very soon,” he said.

Also, the Special Adviser to the State Governor on Public Communication, Hon. Remmy Hassan who also disclosed that the state government at the Virtual Executive Council meeting made decisions on the pricing of the housing project embarked upon by the state government so as to reflect the affordable housing mantra of the present administration, added that the decision to look into the price of the houses was graciously approved by the meeting.