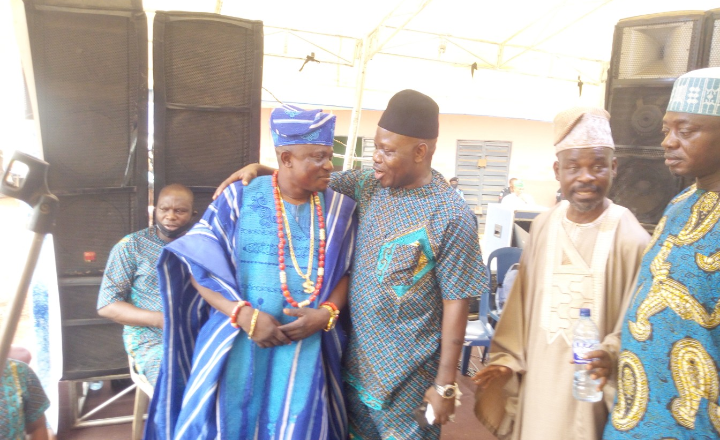 The cool and quiet community of Igbenyin settlers of Idiroko, OBAFEMI OWODE Local GOVERNMENT of Ogun state was agorg on 13th of February when the popular Estate and land Marchant,Alhaji Musbau Oseni because the Baale of the town.
The business man whom many consider as a silent achiever and well bread in the culture and tradition of the people,was praised and considered as the best choice for the position.
Alhaji Oseni Coronation brought the big and mighty to Lapene, Mowe Ofada in the OBAFEMI OWODE Local Government to celebrate with him and the community as his coming to the throne was a blessing to the people and to the community.
The epoch event has rewritten the history of the community as very few people knew that the town was an extension of Igbenyin,the bigger community in Abeokuta.
The event was attended by all kings and the Baale’s in OBAFEMI OWODE Local GOVERNMENT,in towns and villages,with representatives of government institutions and security agencies.

Alhaji Sefiu Alao aka Baba Oko was on ground to entertain the audience.