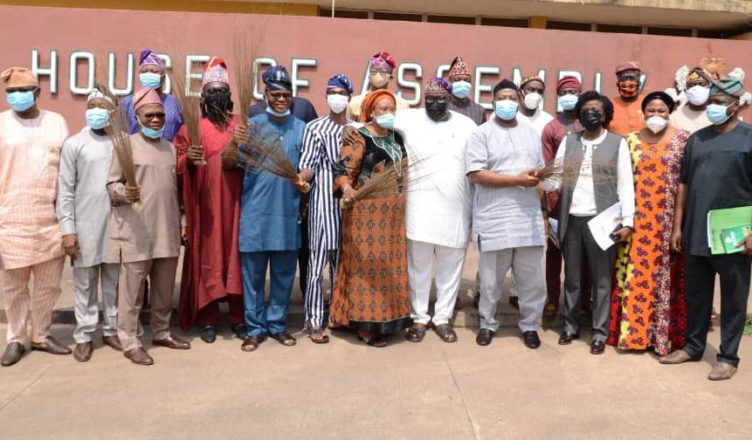 All the seven State lawmakers elected under the Allied Peoples Movement (APM) in Ogun State have decamped to the All Progressives Congress (APC) during the plenary today at the Assembly Complex, Oke-Mosan, Abeokuta.

The Speaker, Rt. Hon. Olakunle Oluomo while reading their letters of defection, stated that the lawmakers in their correspondences, noted that they took the decision after due consultation with their leaders and constituents.

Oluomo, who said he was happy to note that things are getting better in the State under the Prince Dapo Abiodun led administration, as all the seven members elected under the APM had decided to move to the mainstream, urged other opposition members to emulate them.

With the defection, the 26 membership house now consists of 22 APC lawmakers, three African Democratic Congress (ADC) and a member from the People’s Democratic Party (PDP).

Speaking shortly after announcing their defection, the lawmakers including Honourables Ajayi, Mujota and Oyedeji thanked their leaders and constituents for the opportunity to serve, assuring that they would continue to give quality representations for the benefits of their constituents.

They assured that in spite of being former members of the opposition party in the State, the Assembly remained united and their commitment was for the overall benefits of the people of the State, which they acknowledged was being attended to by the State Government.

According to them, the needs of their constituents may differ, but every need would be addressed in line with priorities and the lawmakers would continue to give the necessary support to the government for the overall development of the State.