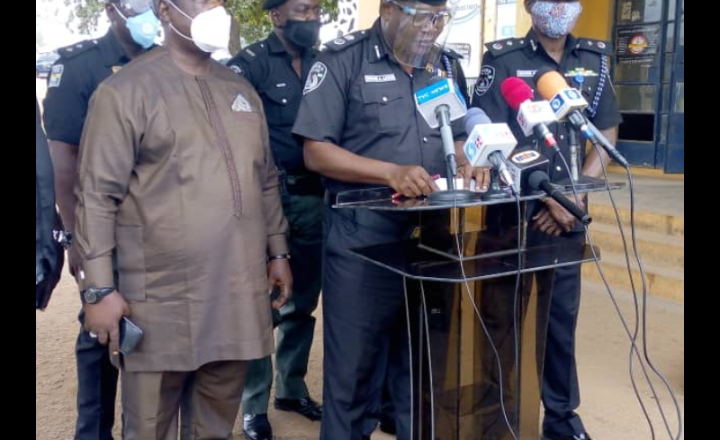 The police command in Ogun state have warned that another violence protest will not be allowed in the state. The protest that is scheduled for today 7th of December 2020,tagged “ENDSARS Phase 11”,despite the breakdown of law and order witnessed during the last protest.
The police in a release issued yesterday night, said”It has come to the knowledge of Ogun state Police Command that some misguided individuals are planning to stage a violent protest tagged “ENDSARS Phase 11” tomorrow 7th of December 2020 in Ogun State.
While the command recognizes that it is the right of citizens to employ protest to express their greviances over issues of governance, there is however nothing at present that calls for such protest in the gateway state, except for those who see trouble making as a lucrative business”.
It also added that,”No reasonable person after the massive destruction of properties and loss of lives occasioned by the recent #Endsars protest would again be contemplating another violent protest so soon. It is the most callous thing to conceive and do.
In Ogun state, we have since the end of #Ensars protest been enjoying well- deserved peace. Socio-economic activities have resumed fully. Schools have also resumed, and the children in particlar can be seen happily resuming and closing from schools.”
The Ogun state command, “wishes to appeal to members of public, especially our adorable youths not to allow themselves to be used for any act capable of undermining the peace of the state as such will be viewed with all seriousness.
The Command has been enjoying cordial relationship with law abiding youths in the state since after the #EndSars protest. Of more interest is that some of them have been assisting the police in apprehending criminals in recent times.
It is in the interest of the good people of Ogun state that the tempo of this very beneficial joint anti-crime operations be sustained rather than diverting precious time and energy to foment trouble in the state.”
The commissioner of police therefore advised parents, guardians and the youths to be wary of those who derive pleasure in a state of confusion and violence.He said, “There can never be development and progress where violence is the order of day.”