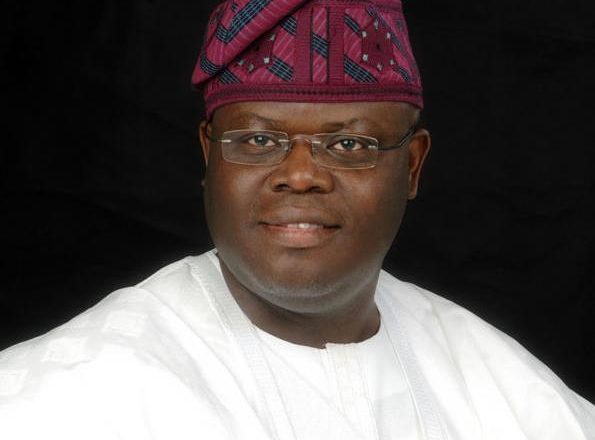 OGUN STATE CHAPTER OF IPAC HEARTILY REJOICE WITH THE CHAIRMAN SENATOR JEREMAIAH ONAOLAPO OLUGBENGA OBADARA , THE MANAGEMENT AND STAFF OF SWEET FM RADIO STATION ON THE OCCASION OF ITS FIFTH YEAR ANNIVERSARY.

It is with a great joy that IPAC Ogun State Chapter join millions of well – wishers across the globe to celebrate SWEET FM RADIO STATION on its five years’ of excellent broadcasting .

The Government owned Stations have acquired the uncomplimentary image of being the ” mouth – piece ” of the founder Governments and in the midst of this , the current reigning rave in the industry of radio station broadcasting , the SWEET FM RADIO STATION was proudly unveiled . The Radio Station hit the waves with a resounding bang and has kept on the top ever since.

The Station’s birth strengthened the confidence of radio listeners in the news as reported from the Radio station .

This is a radio station that has effectively and very efficiently given voice to the voiceless , operating on the wave band as Sweet 107.1 FM is acknowledged to be ethical entwined to balance reportage far away from the suspicions of being teleguided by the Government at any level.

Five years ago , the success story of Sweet fm radio Station began . Its level of professionalism brought illuminating dimensions to radio broadcasting in Ogun State. By its capacity , it kept all the State Government machineries on their toes with its brilliant and vibrant skills as the watch dog that continually speaks truth to POWER.

Before Sweet FM got on the board , there have been lots and loads of capable professionals in the Industry in Ogun State but with its berth , Sweet fm raised the bar by dishing out modernity and far better quality broadcasting to the listening public who grew to be attached to the Station like a culture through ace presenters like , Victor Eniola – Mark, Olaitan Bakare , Emmanuel Oke and a host of others who pioneered the Station.

Fiban National President Desmond Nwanchukwu , Bebe Musiliu , Alawiye Federation ,Iya Ajadi, Ewa Ede to mention a few also contributed their quality quotas as FIBAN members to the development and growth of this Radio Station. It at a point became a very demanding and very commanding must for Ogun State citizens to listen with rapt concentration to the various highly endowed and very blessed programs that include and not limited to Fact Finder,Ajimuna , Aiyekoto, the podium and gentlemen of the press on daily basis that features notable discursant like Sulaimon Fasasi, Daud Adetunji and a host of others and of course the up to date information and intelligent news analysis.

Today , Sweet fm is the Station to listen to for beneficial public education .This Station has since its berth been consistently encourage State Government at all turns measure much more in its efforts at living to the public expectations.

As we celebrate with Sweet Fm radio Station today , I Comrade Abayomi Arabambi , the Chairman of Ogun State Chapter of IPAC on behalf of the IPAC can not thank the Chairman of Lucinda Limited , owners of Sweet Fm , Senator Gbenga Obadara enough for his great thought that eventually metamorphosed into this great Station for the benefit of the people and the glory of God.

Senator Jeremiah Olugbenga Onaolapo Obadara is a notable successful politician in Nigeria. This star – boy was born in 1960 to a father who was the first Executive Chairman of Odeda Local Govt in Ogun State . His political disputations includes the successful election into the Senate of the Federal Republic of Nigeria in 2011 and represented Ogun State Central Zone . Earlier , this very enterprising individual grew through various stages of endeavors that included being into Communication business becoming the Managing Director of Imperial Communications that pioneered the pre -paid call cards in Nigeria.

Finally ,on this very satisfying feelings of joy in being part of this great celebration and on a note of satisfaction I once again heartily congratulate Senator Gbenga Obadara on this momentous occasion. Your impactful , impressive and proudly strides can not be obliterated by nothing . Very many more celebrations in many more decades ahead IJN. Amen