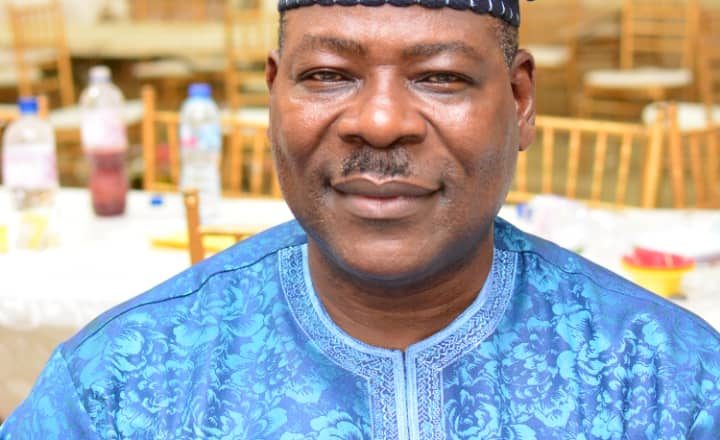 …the law will soon get him, and he will be put where he belongs.

ARABANBI IS AN IMPOSTER THAT SHOULD NOT BE GIVEN SERIOUS ATTENTION IN OGUN STATE…IPAC CHAIRMAN, ASIWAJU ADESHINA.
…the law will soon get him, and he will be put where he belongs.

The chairman of Inter Party Advisory Council of Nigeria (IPAC) in Ogun state Asiwaju Adedamola Adeshina,has distanced himself from the imposter and political jobber who is past chairman of Ogun state Labour party Comrade ARABANBI who refuses the new man take over because of filthy-lucre, who unilaterally recently passed a vote of confidence on the just concluded local government election without consultation with Leadership and the members
ARABANBI who is popularly known in the state among the opposition as a double-dealer featured on a radio program on Monday morning condemning the local government election, and lack of independent of the Electoral umpire.
It was amazing that less than 12hours,
The unstable character Arabambi changed his direction as he addressed a press conference, in the capacity as the chairman of IPAC giving a pass mark to the local government election and the administration of Prince Dapo Abiodun.
Asiwaju Adesina on Thursday told news men at the office of Ogun State Independent Electoral Commission in Okelewo Abeokuta that ARABANBI should be ignored,as his days are numbered.
Asiwaju Adeshina said the leadership of IPAC is never in doubt of his person, even at the national level; ARABANBI is not a factor but willy-dealer known to all and sudry in political circle in Ogun even at the IPAC national level.
He further added that,

“ARABANBI is not a serious person, he’s a political jobber looking for attention.He is not the chairman of IPAC and can not speak in the capacity of the chairman at any public function.He is just making fun of himself shameless dancing naked in market Square and the arm of the law will soon get him for the impersonation.”

Speaking on the outcome of the last Saturday council’s poll in the state, Adesina said some of the opposition political parties who are aggrieved may head to court over the conduct of the excercise by OGSIEC

He however said IPAC was working on finding political solution to their complaints saying it may be difficult to stop any of them from going to court to challenge the outcome of the poll which is allowed in democracy but fact remains that we can set out state on fire and continue to enjoy the relative peace engendered by our amiable governor.

Asiwaju Adedamola added that the electoral agency tried its best but there were still shortcomings in the conduct of the elections which should be addressed as no human institution is perfect.

He blamed the voters apathy during the excercise on lack of trust in the administration of local governmet in the state.

The IPAC boss stressed the need for financial and administrative autonomy to the local governments’ as approved in the amended 1999 constitution, so as to restore the trust of the people at the grassroots