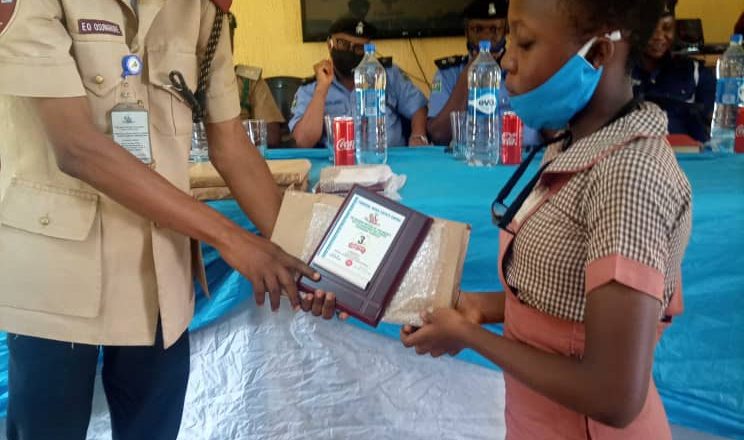 Road users have been advised to always be conscious and extra careful when using the road.

The FRSC Assistant Corps Commander who described life as precious and important, implored every road users to endeavour to be very careful and consider other road users when using the road.

According to him” life of everybody is very important. A life lost can never be regained; so when we are on the road, we must be conscious, careful, and think about other road users.

” The road is a channel to move from one place to another and not a place to show off. If you don’t have anything to do on the road, stay off the road “.

He described the quiz’s competition as a good initiative meant to educate the children about the activities of the FRSC and at the same time have knowledge on the effective usage of the road, adding that the children in return would also enlighten their parents which according to him would go a long way at ensuring safety on the roads.

” The programme is a good initiative. I tell you, to have sanity on our road, we have to start with the children. We have to install in them the road safety culture and at the end we will have law abiding citizens that are using the road and obeying rules guiding the safety of the road”, the FRSC Assistant Commander posited.

Speaking after the event, one of the student from Yewa Egbado College in Ilaro Mariam Obadimu thanked the FRSC for the initiative, stating that agency through the program has exposed her to rules guiding the proper usage of the road .