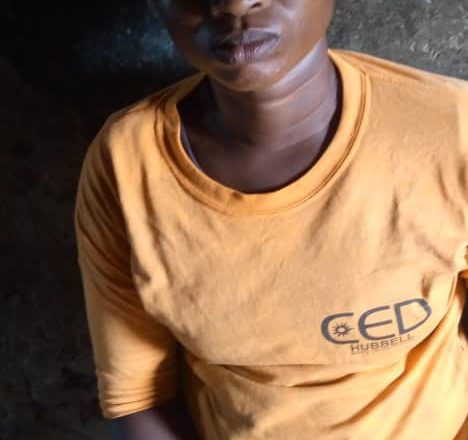 A mother of five in Ogun State, Mariam Okesola has blamed the Federal Medical Centre, Abeokuta, over the death of her husband.

Her husband, Bayo Okesola, an Okada rider and a construction worker was reported to have been involved in a fatal road crash, involving four motorcycles, along Obada road on Wednesday morning which led to his eventual death and left others with various degree of injury.

According to the bereaved woman who could hardly speak with Journalists due to the trauma, Okesola had left home very early in the morning for his alternative construction job to cater for the family as they could hardly feed for some days, only for her to receive news of the incident via phone call.

Mariam stressed that her husband who was promptly rescued by security operatives in the state was rejected at a private hospital and was immediately rushed to FMC Abeokuta for urgent attention, but he was not attended to until he finally died.

She said ,”He informed me yesterday that he was going for his brick laying job at Obada. Apart from being an Okada rider, he is a building engineer. He left home very early in the morning as usual but shocking, one of his relative who lives nearby rushed down to my house at 9:00 am to break the bad new”.

Speaking to Journalists amidst lamentation, the deceased relative, Remilekun Okesola explained that she regretted that the medical practitional at the emergency unit did not attend to Bayo until he died.

She stresses “I received a phone call from police that Bayo was involved in a fatal accident at Obada, involving four motorcycles. The police officers directed us to come to Hope hospital where he was first rushed to. The police said they rushed him down when they discovered that he was still breathing.”

“But the private hospital rejected him and suggested we take him to FMC and we promptly rushed him to FMC in company of the security operatives. When we got to the emergency unit, they left us unattended to until the police went to call them. By the time they came out he was already dead, she said.

But when contacted the FMC’s Spokesperson, Segun Orisajo denied the allegation, pointed that the victim was brought in dead.