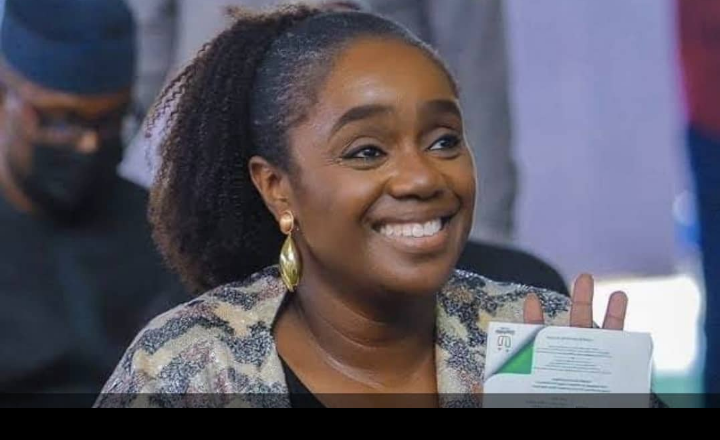 When the Federal High Court,Abuja recently ruled that formal Minister for Finance,Mrs KEMI ADEOSUN did not need the National Youth Service Corps (NYSC) discharge certificate to take up any ministerial appointment,it was a widely celebrated victory.
However,it was not a victory for truth and justice if we have not forgotten what led to the case of NYSC discharge certificate.

Mrs Adeosun had resigned her position in the wake of PREMIUM TIMES report exposing the scandal in September 2018.

The report revealed how Mrs Adeosun skipped the mandatory national youth service scheme and procured a forged certificate purporting to have exempted her from the one-year mandatory exercise.
She admitted presenting the same fraudulent certificate for her earlier appointment as Commissioner for Finance of Ogun State in 2011.

In her resignation letter to the president,she said,”Your Excellency, kindly permit me to outline some of the background to this matter. I was born and raised in the United Kingdom, indeed my parental family home remains in London. My visits to Nigeria up until the age of thirty-four (34) were holidays, with visas obtained in my UK passport. I obtained my first Nigerian passport at the age of thirty-four (34) and when I relocated there was debate as to whether NYSC Law applied to me. Upon enquiry as to my status relating to NYSC, I was informed that due to my residency history and having exceeded the age of thirty (30), I was exempted from the requirement to serve. Until recent events, that remained my understanding.

On the basis of that advice and with the guidance and assistance of those, I thought were trusted associates, NYSC were approached for documentary proof of status. I then received the certificate in question. Having never worked in NYSC, visited the premises, been privy to nor familiar with their operations, I had no reason to suspect that the certificate was anything but genuine. Indeed, I presented that certificate at the 2011 Ogun State House of Assembly and in 2015 for Directorate of State Services (DSS) Clearance as well as to the National Assembly for screening. Be that as it may, as someone totally committed to a culture of probity and accountability I have decided to resign with effect from Friday, 14th September, 2018.”
The case fade off the public radar because of the prestige and honor which Nigerians accorded to Mrs ADEOSUN
In the real sense,Kemi ADEOSUN certificate didn’t fall from the sky as she rightly noted in her letter,it was produced by her principal who brought her to politics,and recommended her for the Ministerial appointment.
She was a protegee of the right hand man of the presidency,but the relationship suddenly went sour and he who has the key shut the door.
Her nobble decision to resign was written in gold in the history of this nation, first in time past.
It was amazing when the court judgement came,the event neglected the fact that a fake certificate was produced,and dwelled on the need of the certificate to occupy government office.
It is so sad that history will have it that the producer of the “Genge” certificate never felt he violated any law since his protegee was kicked out of the the game.
Posterity will remind us that a House of Assembly(both at the state and federal level) screened Kemi ADEOSUN,saw the fake certificate but looked the other way because she was a protegee of the sitting governor who have oiled their palm for a political appointment.
For all that believed in justice and equity,I believe it is more of a lesson than victory.
To Mrs KEMI ADEOSUN,I wish you the best in all your endeavors.