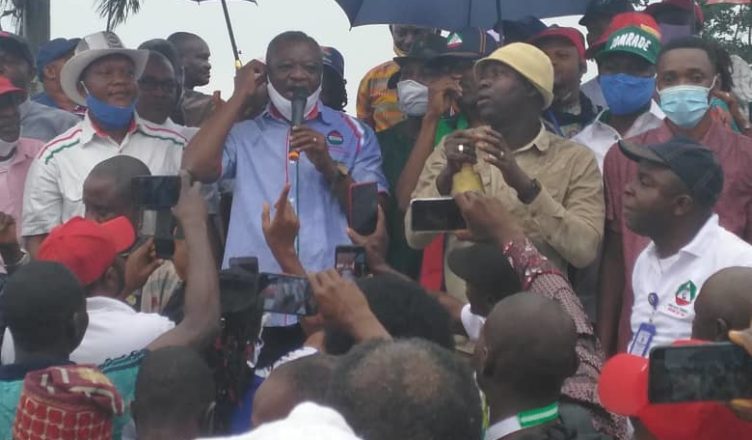 The industrial action embacked upon two days ago was called off few hours ago after both parties agreed on the demands and the time of implementation.

The government team led by the Secretary to the state government,Alh. Salisu Shuaibu,met with the Union leaders and agreement was reached as the industrial action was called off.

The agreement jointly signed by both parties brought to an end the disagreements on labour issues.

The meeting discussed all the issues requested for ranging from the proposed 2020 Pension Amendment Bill, Leave Bonus Allowance, Outstanding Promotions (years 2018, 2019 and 2020), Implementation of the signed New Minimum Wage, Payment of Gratuity and Payment of Gross Salary were agreed on.

​After extensive deliberations on each of the request, the meeting unanimously resolved as follows;Implementation of the Signed New Minimum Wage: the State Government agreed to commence implementation effective from October, 2020.

Payment of Gratuity: The State Government agreed to earmark the sum of N500,000,000.00 for the clearance of Gratuity on quarterly basis while payment would commence latest by January, 2021.

Review of other demands: The meeting also agreed that other demands by Organized Labour would be subjects of joint reviews, the first of which will be in March, 2021.

The Labour team will make an immediate public pronouncement to call off the strike action.

The labour team appreciates the commitment of government to sustain payment of Gross Salary henceforth.

No reprisal of any kind will be meted on any person(s) for his/her role(s) in the just concluded resolution of this industrial action.

The state government hoped that the entire workers in the State will reciprocate the good gestures of the Government with continued dedications, loyalty and efficiency in the discharge of their duties.