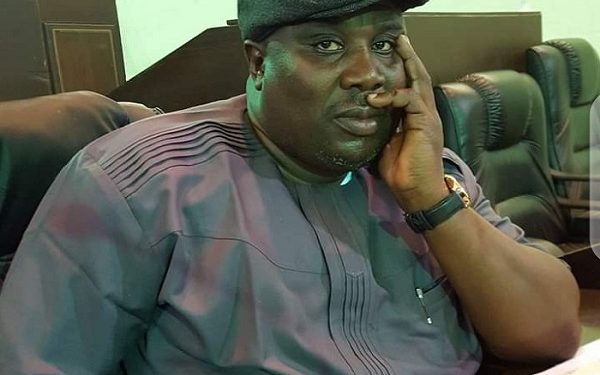 Following the submission of the report of the ad-hoc committee constituted last Tuesday, the Ogun State House of Assembly has removed the former Deputy Speaker, Hon. Dare Kadiri Oluwatimileyin from office having found him guilty of acts of gross misconduct.
Kadiri’s removal followed the presentation of the report of the Ad-Hoc Committee on the ‘Petition for Removal of the Deputy Speaker, Hon. Dare Kadiri, Oluwatimileyin from Office for Gross Misconduct’ by the Committee Chairman and Majority Leader, Hon. Yusuf Sheriff, shortly after which a member representing Ijebu-North East, Hon. Abayomi Fasuwa thereafter moved the motion for its adoption, seconded by his Ijebu-Ode counterpart, Hon. Kemi Oduwole and supported by nineteen other lawmakers at the plenary presided over by the Speaker, Rt. Hon. Olakunle Oluomo at the Assembly Complex, Oke-Mosan, Abeokuta.
According to the Chairman, “the committee gave all the parties involved ample opportunities to make their presentations with relevant evidences including; documents, phone recordings, CD Rom and printed photographs to establish their facts”.
“On the involvement of a lawyer, Hon. Kadiri Oluwadamilare failed to have exploited all internal mechanisms of getting information sought before calling a lawyer. To this end, the committee considered that: as the Vice-Chairman of fund management Committee, he has direct access to all the information; as the Vice Chairman of the Principal Officers body, he never reported the matter for discussion; as the Vice-Chairman of the House, executive meetings held every plenary day, he never raised the issue for discussion.
On the petitions submitted by Adebiyi Odugbesan & Co. after listening to both parties, the Committee observed that, the matter is neither here nor there. The Committee is of the opinion that Hon. Kadiri, as an Honourable Member and Deputy Speaker of the House, should have exhibited some caution. However, since the matter is still pending and awaiting further investigation by the Nigeria Police, the Committee will not make any pronouncement on the issue”, the report partly stated.
Thereafter, Fasuwa submitted a report endorsed by nineteen lawmakers conveying their unanimous confirmation in support of the recommendation of the ad-hoc committee’s report, which they noted had found Kadiri guilty of acts of gross misconduct and therefore endorsed his removal from office as Deputy Speaker of the Assembly.
The ad-hoc Committee had in the previous day held its preliminary/ fact-finding sitting, where it examined the petitions on the allegations leveled against Kadiri on their merit with all petitioners, witnesses and respondents as well as representative of the Nigeria Police, CSP Joshua Adewalehinmi in attendance.
Clarifying the voting pattern, Speaker Oluomo explained that the Assembly’s Standing Order specified that voice vote shall not be used in determining the removal of principal officer, thus the submission of the endorsement by nineteen (19) signatories (lawmaker) who demanded his removal from office which was equally read before the lawmakers  by the Clerk, Mr. Adeyemo.
In another development, the State Governor, Prince Dapo Abiodun has forwarded to the State House of Assembly, the nomination of an additional member, Mrs. Remilekun O. Olaopa for the State Independent Electoral Commission.
Speaker Oluomo, who read the governor’s letter dated 2nd March, 2021; thereafter directed the nominee to appear before the Assembly’s Selection Committee for screening tomorrow, 5th March, 2021 with 30 copies of her Curriculum Vitae at the Assembly’s Conference Hall by 12 noon.