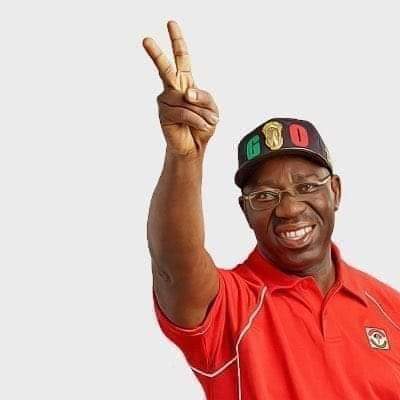 The inccubent governor of Edo state and the PDP candidate in the yesterday gubernatorial election,have been declared winner .The Independent National Electoral Commission said his certificate of return will be given to him in few days.

The victory came with a wide margin of 84238, against his opponent,Pastor Osagie Ize-Iyamu of the APC.The victory which looked unbelievable to many political observers all over the country,has proved that the decision of the people supercede the godfatherism and party affiliation.

The APC candidate,Pastor Eze-Iyamu have congratulated the winner,and said,”the people of Edo have decided who to govern them for the next 4years.Election is not a do or die,so I congratulate the opposition for their victory.”

Mainwhile,the party are yet to make any official statement on the victory of the opposition.Many observers commend the the sportsmanship of the APC candidate despite the intrigues and loyalty test during the pre-election,and the muscle flexing by the power brokers in the ruling Party.

The Edo state case may draw a road map for the Ondo state gubernatorial election which is in few weeks time.