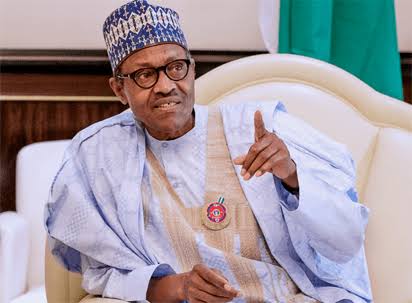 After I published my update on how CBN governor Emefiele was so alarmed by the unusually large sums Sabiu “Tunde” Yusuf has salted away in his name in many bank accounts, an insider sent the following to me:

“Re: Your post about Sabiu & Emefiele. Buhari himself was alarmed & when he confronted Sabiu about the source of the money, he made the same ‘gift’ claim. Buhari ordered the money be returned to the treasury but Mamman Daura reportedly intervened (although I haven’t been able to confirm the authenticity of that part). Buhari, as usual, could only grumble.”

Buhari does his own stealing by proxy, which makes it impossible for anyone to trace anything to him. That was the evidence that came out from the probe of PTF.

He was probably only aghast that Sabiu is too stupid to have that much money squirreled away in bank accounts in his name, not that he has stolen that much money.

Sabiu’s friends tell me he has up to one TRILLION naira in CASH in various bank accounts in his own name, properties worth billions in many parts of Nigeria, and up to N7 billion worth of shares in AA Rano Oil.

Apart from his own primitive acquisitiveness, he is also probably fronting for someone. I suspect that he is fronting for Mamman Daura since Mamman Daura allegedly overruled Buhari’s instruction for Sabiu to return the money he has in his bank accounts to the national treasury.

When the curtain closes on the Buhari regime, I can guarantee you that it will go in the records as the most corrupt regime in Nigeria’s entire history. This is no hyperbole.

There is no greater enabler of corruption than the knowledge that there is no consequence for it. There is zero fear of consequence for stealing in Buhari’s regime. That is why everyone who can, is stealing to his or her heart’s content. What passes for governance in this regime is a raucous stealing bazaar!