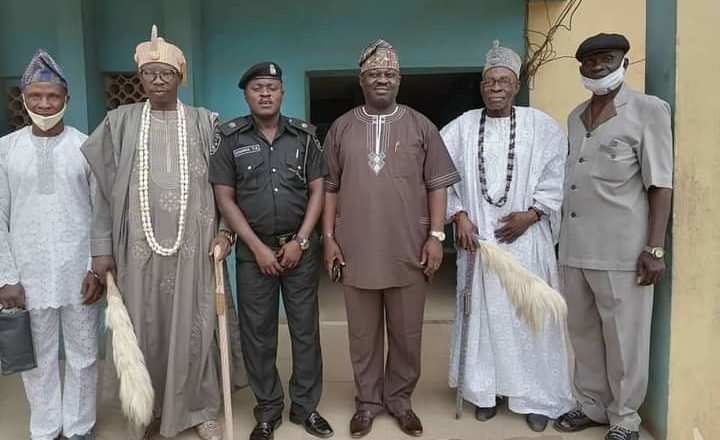 Those who were screened for the community policing task were put into rigorous community and background check tests.

The two Obas identified some of the selected candidates who have lived within the communities for over 15 years as been worthy for the task ahead.

While addressing those who were carefully and successfully screened and selected, Hon. Salami extolled the importance of making the security of the communities in the local government a priority.

The Chairman further reiterated Governor Dapo Abiodun’s zero tolerance policy for criminal activities in any part of the state and also reemphasized the state’s investment on security, as protection of lives and properties remains the topmost priority in any society for peace and economic growth to thrive.

“The Governor has zero sympathy for criminals in the state this is evident in his huge investment on security architecture” Hon. Salami stated.

The council boss tasked those selected after the screening exercise to carry out their duties with utmost sincerity and total dedication to work whenever the police force deemed it fit to fused them into the system.

Meanwhile, screening across Ifo local government have been scheduled to take place at various Divisional Police Headquarters (DPHs) alongside the Obas and other substantive community heads. These DPHs are namely Ojodu-Abiodun, Warewa, Ajuwon, Ifo and Ibogun.