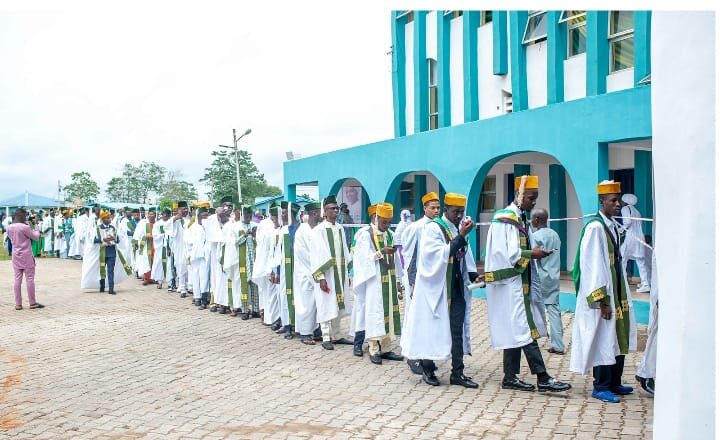 Three eminent Nigerians have been honoured with Doctor of Science Honoris Causa of Crescent University,  Abeokuta at the institution’s 14th convocation ceremonies.

The institution which prides itself as citadel of academic and moral excellence is the brainchild of the former judge of the International Court of Justice (ICJ), His Excellency Prince Bola Ajibola.

Representing the Proprietor, a member of the Board of Trustees, Prince Adesegun Ajibola (SAN) said “we must congratulate ourselves for success recorded in building the educational brand that Crescent University has become today”, stressing that the managers would not rest on their oars to continue to raise the bar of excellence.

In his convocation address, the Vice Chancellor, Prof. Ibraheem Gbajabiamila announced that a total of 446 graduates bagged various degrees from five colleges namely: Bola Ajibola College of Law, College of Arts, Social and Management Sciences; College of Natural and Applied Sciences; College of Information and Communication Technology and College of Environmental Sciences respectively.

The Vice Chancellor lauded the honorees for their numerous contributions to education and human capital development. Not less than ten fresh undergraduates have also benefitted from scholarship largesse by honorary degree awardees.

In a related development, a former Minister of Communications, Barr Adebayo Shittu said he was gratified that her daughter also graduated with a second class upper degree from the Bola Ajibola College of Law. He congratulated the Proprietor Judge Ajibola on many feats that Crescent University has recorded in its close to two decades of operation.