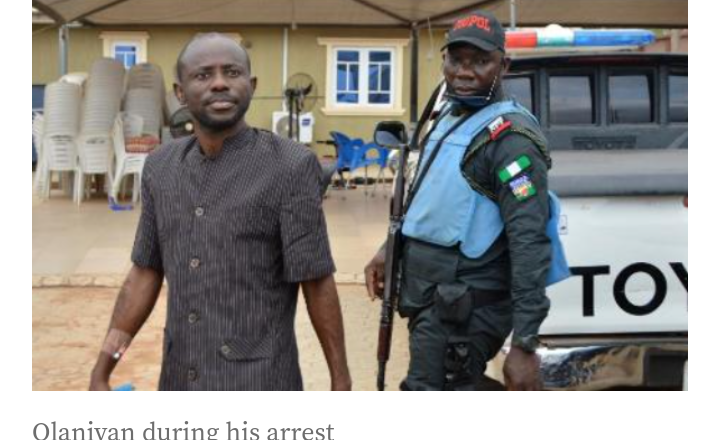 The name DHIL Nigeria Ltd., also known as Crime Alert Security Network Investment is an household name in Ibadan metropolis. The commercial of this Investment platform was common on major radio stations in Oyo state and it’s environment.

The brain behind the scheme,Amos Olugbenga Olaniyan, was apprehended recently by men of Economic and Financial Crime Commission (EFCC) in Ibadan,Oyo state.

The scheme has left tears and sorrow in the life of so many unsuspected victims.

The company situated in Iyana Igbala, along Iwo road, Ibadan, Oyo State, made public a scheme in 2020, promising an attractive 30 percent return on investment (ROI) every six weeks.

To convince its prospective investors about its genuineness, the company became a regular feature on IBR, Thrity-two, Prince, Inspiration (100.5), and King FM in Ibadan, Oyo State. However, most investors would not get a dime.

According to a victim,“I never doubted the company’s legitimacy because of the way its investment offers were advertised. Amos Olaniyan, the CEO would regularly go on air and tell us his company was importing tyres and other car accessorie.”

The victim stated that to further convince himself, he visited the company’s office along Iwo road before investing N450,000. According to him, he made an additional payment of N20,000 for registration.

After waiting endlessly to get back their capital when it became obvious that DHIL was another Ponzi dragnet, some investors petitioned the Economic and Financial Crimes Commission (EFCC) about the company’s activities, and on May 28, Amos Olaniyan was arrested by operatives of the commission.

The company’s office was also sealed off after the arrest. The EFCC later announced that Olaniyan’s company had defrauded its investors, in their hundreds, of over N128 million. The commission also made it clear that the company was never registered with the Central Bank of Nigeria as a financial institution.