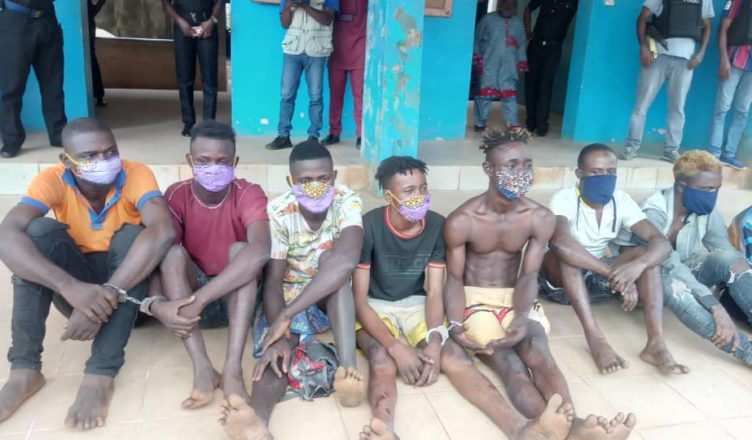 Concerned by the need to restore peace and tranquility in communities within Ijebu Ode, Ijebu North East, Ijebu East and Odogbolu Local Government Areas in Ogun State currently experiencing avoidable loss of lives resulting from clashes among rivalry cult groups, the State House of Assembly has made a renewed call on the State Governor, Prince Dapo Abiodun to intervene by directing the entire security apparatus domiciled in the State to stem the menace, so as to halt the incessant killings.

This was just as the Assembly also challenged all concerned stakeholders especially the Judicial Arm of Government to evolve more legal measures at ensuring stringent bail conditions for suspected cultists and those involved in related cases, with stiffer commitment from sureties to serve as deterrent to others with a view to curbing the reoccurrence of cult-related clashes across the State.

Earlier in their presentations the lawmakers had intimated the Assembly of the show of supremacy amongst the cult groups in the Ijebu axis of the State in recent time with cases of death and casualties recorded and thereafter sought to the intervention of the State through the immediate deployment of security agents to prevent a state of anarchy.

In another development, Speaker Olakunle Oluomo has summoned the Oniraniken of Iranike (Elewu Oku), Oba Adewale Adeniji to appear before the lawmakers on Wednesday, 20rth of January, 2020 at 10:00am, failure to which the Assembly would have cause to invoke section 129 of the 1999 Federal Republic of Nigeria’s Constitution (As Amended) to effect his appearance.

Oluomo who made the announcement said this third invitation extended to the monarch became imperative owing to two previous invitations already extended to him in the previous year which he failed to honour.

It would be recalled that the Assembly through its Committee on Lands and Housing led by Hon. Damilola Soneye had earlier summoned the monarch to explain allegations of an alleged threat to life and invasion of Olumeru Adeyemi Sodiya Family land, Idarika Kanuyi Village through Agerige Village by Okerala farmland in Sagamu levelled against him.

Soneye and other lawmakers had earlier engaged concerned members of the community on their petition against the monarch who was expected to appear before the lawmakers today, Thursday, 14th of January 2020, having directed him to produce all necessary documents including land title documents in his custody in relation to the landed property allegedly acquired forcefully through a court judgment.