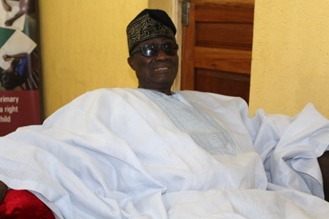 Lawmakers in the Ogun State House of Assembly have considered the 2021 budget estimate of the State Universal Basic Education Board (SUBEB) with a charge on the Management to swing into action towards reclaiming the encroached landed properties of secondary schools across the State. This was just as the lawmakers sought measures towards improving on the security plans put in place in the various schools.

Members including the Deputy Speaker, Dare Kadiri, Deputy Majority Leader, Abdul Bashir Oladunjoye as well as Honourables Modupe Mujota, Akeem Balogun, Olusola Adams and Wahab Haruna, threw the challenge while considering the budget estimate of the Board for the next fiscal year as presented by the Chairman, Dr. Femi Majekodunmi, at the Assembly Complex, Oke-Mosan, Abeokuta.

The lawmakers in their respective submissions, decried the rate at which landed properties of schools were being taken over by land grabbers to erect private buildings, adding that it had become imperative for the board to look inwards at repositioning the security system of the schools to checkmate indiscipline and cases of kidnapping which are now rampant in the nation.

Consequently, the lawmakers advised the Board to engage the service of So Safe corps to complement the operations of the security agencies towards ensuring safety in the schools.

Calling for the rehabilitation of more schools across the State, especially in the rural communities, the lawmakers urged the Board to address the imbalance in the posting of manpower, with a view to addressing acute shortage of teachers in the rural areas of the State.

Responding, Dr. Majekodunmi noted that the Board was committed to ensuring safety in all school having engaged the State Command of the Nigeria Police Force; while raising the bar of administrative and academic performances of students and teachers.

He presented a total budget of N2.3bn, out of which N1.4bn was meant for capital projects, while recurrent expenditure would gulp N915m with an expected revenue target of N10.1m.

On his part, the Chairman, Teaching Service Commission, Olalekan Ifede, presented a total budget estimate of N22.7bn, consisting of N19.9m for capital projects, while recurrent expenditure would gulp N22.7bn with an expected revenue target of N1.6m for next year.