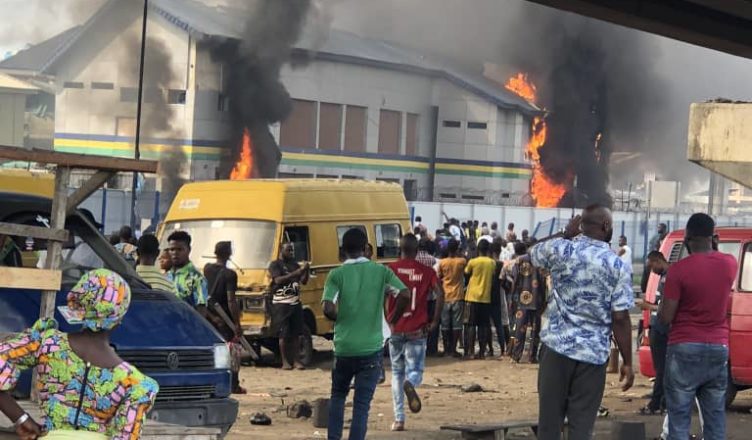 Hoodlums and criminals among the protesting youth at Amukoko area of Lagos have set a police stations ablaze.

The hoodlums who have been molesting motorist and road users earlier when the protest started, beseiged the police stations at Orile Iganmu and Amukoko area setting it on fire.

The criminal act as led to looting of shops and various robbery in the area.The major streets are presently empty as military men have taken control of the situation.

As at the time of this report,no casualty was recorded and no arrest was made.The Lagos State government is yet to make an official statement on this urgly situation and the Lagos State Police Headquarters are still accessing the level of damage and security situation.