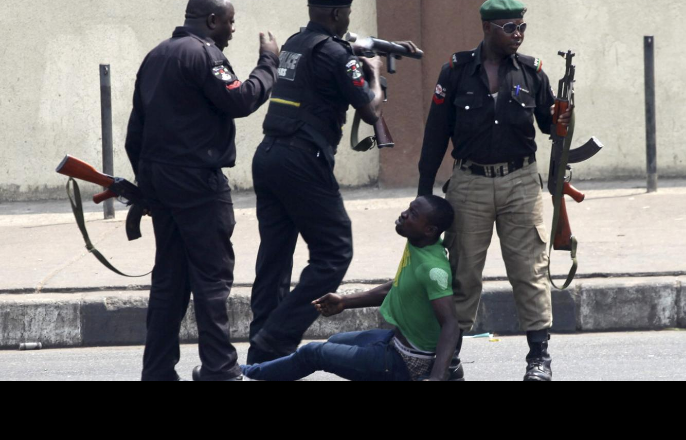 Ogun State Governor, Prince Dapo Abiodun, Wednesday cautioned that the leaders of the country must adopt a paradigm shift on matter concerning the youths, saying our leaders had always taken the youths for granted in the time past and for too long.

The Governor stated this when he addressed the ENDSARS campaigners who marched on his office in a peaceful protest at Oke-Mosan Abeokuta. He said with the raging protests across the nation, we had started taking them seriously.

He said that the Federal government had no choice but to listen to the voice of the protesters as it was evident that our Police and security services need to put a stop to the brutalities being experienced across the country.

“The youths have a voice that must be given attention. The whole country has listened to you. As a matter of fact, the whole world is listening to you. You have demonstrated commitment, you have shown that you can rise up when the occasion warrant it and you can speak out.

“I think that in times past, we have sort of taken you for granted and I am saying that with all sense of responsibility. We have taken our youths for granted because the issues you are raising today are not new to us. They are issues we have been living with for so many years”, the Governor opined.

He however appealed to the youths to give government a chance to start implementing the needed reforms of the Nigeria police force, noting that their action was an indication that they are citizens whose voice matter.

“I want to plea with you, let us give these reforms a chance to work. Let us try and see how to wind down these protest. You have the right to protest anytime as no one can take that away from you. What we must ask ourselves is, is the government committed, have they shown symbolism? I believe government symbolism”, he said.

The Goverrnor acknowledged that there has been a breakdown of trust between the government and the citizens, adding that for it to be restored, citizens must trust their government to do what was right at all times.

Goverrnor Abiodun said he identify with the pains of the protesters and as their representative, it was imperative he act on their feedback, assuring that he and his colleagues were deliberating on how to ensure that their voice were not only heard, but demands are met.

He said government would not charged those arrested in the course of the protest as he has ordered the release of those arrested for vandalizing a police station and his Deputy’s car by the security agents.

Earlier, the spokesperson of the protesting youths, Yemi Ajala who said that the Special Anti-Robbery Squad which had been disbanded was still harassing people in the state. He noted that they no longer want any form of brutality from the Police while going about their legal activities.

Some of the other protesters demanded the release of all those arrested during the protest, justice and compensation to the families of the victims, an independent body to investigate police brutality, appropriate remunerations for police officers to enable them perform optimally.