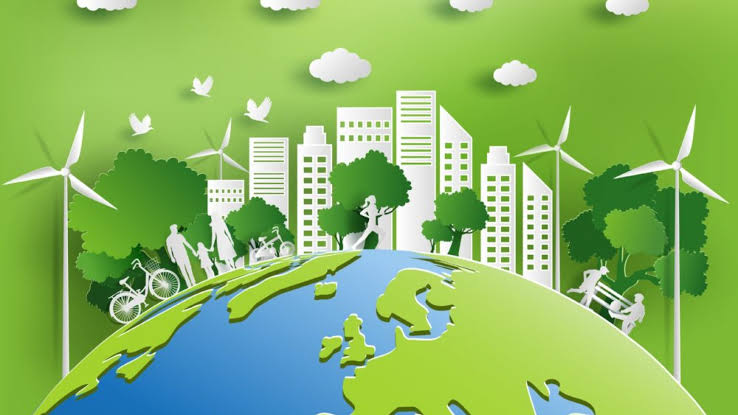 Over 100 Civil Society Organizations (CSO’s), around the world have called on the United Nations to add a new article to the Universal Declaration of Human Rights, by enshrining a universal right to ahealthy natural environment.  If the campaign succeed, the amendment would be the first addition to the declaration since it came to life in 1948.  The #1Planet1Right campaign is dedicated to establishing the newhuman right, and is led by the world’s largest conservation partnership, BirdLife International. Others in the forefront of the call include, the Nigerian Conservation Foundation (NCF) and other civil society organisations such as, ClientEarth and the Global Pact for Environment.  The Chief Executive Officer, BirdLife International Patricia Zurita said,  “Our planet’s health is our health. If our planet is sick, we become sick. And right now, our planet has never been more ill. Thesurvival of humanity is already threatened by the climate and biodiversity crises, and this pandemic has pushed us one step closer to the brink. In order to transform, and save society, the startingpoint must be to ensure that every person has the same baseline –guaranteeing everyone the right to a healthy planet.”  The United Nations Special Rapporteur on human rights and the environment,Dr. David Boyd, has also endorsed the campaign. #1Planet1Right sent a letter to the United Nations Secretary General,António Guterres, on Earth Day officially making the request for a new human right, and will now continue putting pressure on the UN by launching a global petition.  The #1Planet1Right campaign calls on the UN to vote to include the right to a healthy natural environment at the UN Human Rights Council, in the UN General Assembly and as an urgent topic at the UN Summit on biodiversity in mid-September 2020, in order to ultimately include the right in the Universal Declaration of Human Rights by 2023.  The campaign will be running until 2023, when it hopes that the right will be added to the Universal Declaration of Human Rights to mark its 75th anniversary.  Hundreds of millions of people suffer from illnesses related to unhealthy and unnatural environments.According to the World Health Organisation, “an estimated 12.6 million deaths each year are attributable to unhealthy environments”, such as air pollution, inadequate water sanitation, and the impacts of climate change.  Dr. Boyd said, “The right to a healthy planet, as a universally recognized human right, would be a powerful addition to the toolkit for saving the planet. The right to a healthy environment already provides the foundation for much of the progress we are seeing indifferent nations around the globe. What we need to do now is seize this moment of global eco-crisis to secure United Nations recognition of this right so that everyone, everywhere benefits. The human right to a healthy planet, if recognized by all nations, could be the most important human right of the 21st century.”  The Director General of Nigerian Conservation Foundation, (NCF), Dr.Muhtari Aminu-Kano explained that humans are completely dependent onhealthy and vibrant ecosystems for their health, water, food, medicines, clothes, fuel, shelter, energy and many more. In returns, he noted that the environment demands more attention from people,government; corporate organisation and individual, hence the need to arise and do something to protect it from absolute collapse.