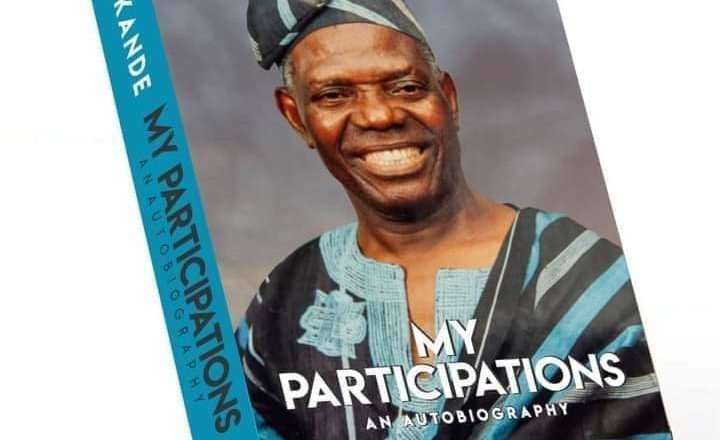 It is interesting that each time Chief Bisi Akande occupied a high office, he has been persuaded to do so. He did not want to be Secretary to the State Government of Oyo State but Chief Bola Ige persuaded him to take the job. He never wanted to be Deputy Governor, and was lobbying for another candidate, but destiny dropped it on his lap. He did not want to be Governor of Osun State, but Lady Luck decreed otherwise. In 2015, his friend and old Nemesis, Major-General Muhammadu Buhari became President of the Republic. Akande never lobbied to become the chairman of any public corporation. Akande, who lives in retirement at his country home in Ila-Orangun, Osun State, would be marking his 82 birthday on Saturday January 16. After a lifetime of productive labour, he is learning to take things with ease.

Akande is a contented man but not a satisfied man. He is a worried patriarch who believes Nigeria could be far better if only it allows those who can run the republic do the job. Few weeks ago, Akande had met with his friend, President Buhari, at the Aso Rock Presidential Villa, Abuja. He went there in the company of some of his political associates, all red-cap chiefs of the ruling All Progressives Congress, APC. They were at the Villa to complain about the handling of the EndSARS protest and its aftermath by the security agencies, which are all controlled by the Federal Government.
“The only reason why we were the targets of these protesters was because they regarded us as your friends,” Akande was reported to have told the President.

Akande knows that for Nigeria to become great, the leadership must be prepared to pay the price. He was a top executive of the old British Petroleum, BP, in Nigeria when he dabbled into politics and became a member of the Constituent Assembly in 1977. He thought with the conclusion of that national assignment, he could go back to the predictable and peaceful routine of the BP. On October 4, 1979, the newly sworn-in Governor of Oyo State, Chief Bola Ige, summoned him to Ibadan.

In the presence of the new Deputy-Governor, Chief Sunday Afolabi, Chief Ige told Akande with dramatic flourish: “You have been appointed the Secretary to the State Government!” Then he added: “Se wa bere ise laaro ola?” (Will you resume work tomorrow morning?) Akande was just 40.
It was the beginning of a life-long friendship between Ige and Akande who regarded the phenomenal politician and lawyer as his mentor. In his gripping autobiography, My Participations, published by Gaskia Media Ltd with a fitting Foreword by Professor Wole Soyinka, Akande narrates the inseparable bond between him and Ige culminating in their arraignment before the military tribunal in Ibadan in 1984. The 557-page memoir is expected to stir the hornet nest.

Both Ige and Akande were accused of enriching their party, the Unity Party of Nigeria, UPN, which was led by Chief Obafemi Awolowo, during the Second Republic. The accused persons were not allowed the services of their lawyers, nor were they tried in the open court. The military tribunal was a wuruwuru to the answer affair, a highly placed kangaroo court. Akande and his governor were detained at Agodi Prison, a walking distance from the Government House, Ibadan, where both once held court in their moment of glory as Governor and Deputy-Governor.

After that nightmare, Akande vowed never to hold any public office again. He was broke; almost broken and embittered. One night, his wife, Omowumi, his children and his brother, Niyi, summoned him to a family meeting after he returned from detention. They insisted that he must never participate in politics again. The family had suffered enough, they said. Akande made a solemn pledge. He was prepared to retire from politics. Never again!!
But Nigeria’s trouble would not go on retirement.

During the General Sani Abacha military dictatorship, Akande found himself at the centre of the struggle against military rule as the leader of Afenifere and chairman of the opposition National Democratic Coalition, NADECO, for Osun State. His wife and children protested. He was stubborn. This was not politics, he said, but public service. One June morning in 1998, Abacha died. A month later on July 7, 1998, Chief Moshood Abiola, the winner of the June 12, 1993 presidential election, also died suddenly in his detention home in Abuja. The game of politics in Nigeria was about to change forever.

One day at the monthly meeting of Afenifere at the Ijebu-Igbo, country home of Senator Abraham Adesanya, the leader of Afenifere, Adesanya ordered that all those aspiring to be governors should step into one room. Aremo Olusegun Osoba, Otunba Niyi Adebayo, Alhaji Lam Adesina and many others obeyed. Akande sat with the multitude. He refused to follow the aspirants, until Chief Bola Ige shouted at him: “Bisi, what are you doing there? Stand up and follow them!” Instead, Akande wrapped his agbada round his torso, stepped out of the meeting and drove home.

Akande was reluctant to break his solemn vow to his family not to seek any political office again. But public service to him is a family tradition. His great-grandfather, Ladimeji, was the Ila general who led the Igbomina contingent to join the Ekitiparapo forces which engaged the Ibadan soldiery in a 16-year bitter struggle in the ravine of Imesi-Ile, Igbajo and other fronts of the Ekitiparapo War. When the war ended, his forefathers were among those who led the Igbomina people, because their capital was almost deserted during the years of strife, back to Ila-Orangun. When the war ended, the British who had brokered an armistice, used the excuse to impose colonial rule on the entire Yoruba country and made it a part of a new estate called Nigeria.

Ige prevailed on Akande and he flew the governorship flag of the Alliance for Democracy, AD and eventually became the Governor of Osun State. One day in 2002, I visited him in his office at Osogbo. He was managing a space at the Ministry of Finance for the new Governor’s Office was then being constructed as part of the new Secretariat complex. He had no phone in his office. Therefore, you can only call the Governor at dawn or in the night. He refused to install any phone because NITEL, then the monopoly in charge of all land phones in Nigeria, was insisting that Osun State must pay for the extension of phone lines to the new secretariat. Akande refused to pay.
In truth, Akande was parsimonious in his management of Osun State resources. When he got to power, he realized that Government was always made to pay more for all items. “Car tyres that should normally cost N6,000.00 were being recommended for N40,000.00 per one,” he stated in his book.

“Are the Governor’s tyres different from the ones we buy outside?” he asked. He was told it was the same. Then he called his friend in Ibadan from whom he has always bought tyres. The tyres were supplied at N10,000.00 a piece. Therefore, he realized he could save money if he puts a rigourous process in place. That was what he did. Every expenditure was monitored. Within three years, he was able to save billions of naira. It was from such savings that he built the sprawling new Osun State Secretariat in Osogbo. At the heart of the Secretariat is the Bola Ige House, the new Governor’s Office. Without Akande’s unblinking attention, the entire secretariat would literarily have been pilfered away through labyrinthine channels of corruption.

I was one of the guests at the commissioning of the Bola Ige House and I sat next to the venerable Justice Adewale Thompson who served as Attorney-General and Commissioner for Justice in the Oyo State government of Ige. It was an impressive occasion where our mama, the late Justice Atinuke Ige, widow of Uncle Bola, was the special guest of honour. Our father, Oba Adekunle Aromolaran, the Owa Obokun of Ijeshaland, spoke on behalf of the royal fathers present on that day. He praised Akande for his diligence and rigourous husbanding of Osun State resources. Then he remarked pointed: “Gomina kii toju awa oba daada!” (The Governor does not take better care of us royal fathers!) That was the day I knew Akande may not win a second term. When the tsunami came therefore, it was not totally unexpected.

Even now at 82, Akande remains a man in high demand. After he left office as Governor, he had served as the chairman of the AD, then the Action Congress, AC, and became the first acting Chairman of the All Progressives Congress, APC. Akande’s life of productive labour is proof that leadership is crucial to human development. The people continue to lionize him for despite the decadence and decay surrounding us, we all know the value of competent leadership with integrity, courage, love and knowledge as Akande demonstrated in all his assignments, especially when he was Governor of Osun State. Akande is a living proof that a tree can actually make a forest.