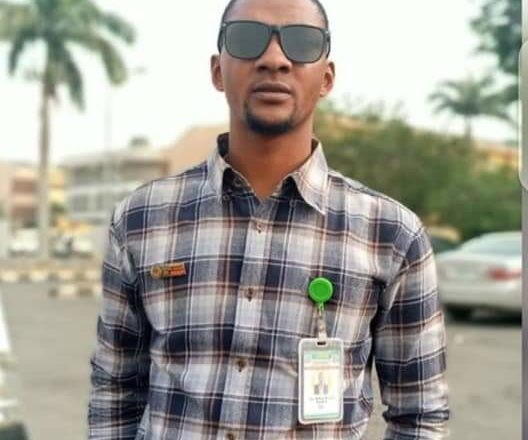 Federal Polytechnic Ilaro SU President: Between Unionism and Intimidation.
The young man Adegboye Emmanuel Olatunji earlier this year was in the news for a negative reason,and the social media had various version of his intimidation from the University authority, community and accusation of culticism related matters.
The role played by the bigger student Union body was commendable before the days of Covid-19.
Few weeks ago,Olatunji came on the news again for a succide attempt and his expression of frustration after the incident of his arrest which led to his suspension by the school authority.He spoke on a radio program (which some members of the public believed was ochestrated by NANS Ogun state chapter)when he accused the Rector of the institution and security agents of his ordeal due to his stand on fighting for the rights and well being of the students.
Less than 48hours of his appearance,the host communities and CDA made a statement dening his allegations on the Rector,and insisting that the student leader must obey the regulations of community student relationship in the areas.
Personally,I’m always against the over bearing and juvenile delinquency display by students of higher institution of learning,but the way he was paraded by the Ogun state Police Command,got my attention.He wore a secret cults regalia to tell the public his involvement in cult activities. Logically, those who are familiar with University or Polytechnic education and culticism in Nigeria will know that it was a set up.If it is mandated for such regalia to be worn,it cannot be on SU president. In addition,Olatunji media chat during his parade at Force Headquarter, Eleweran,shown that they were likely hypnoticed to score a cheap point.
The issue of frustration and succide attempt really got public sympathy which gave the case a fresh visit even as I learnt the formal charges by the police is still in court.
I commend the effort of the state government and security Operatives along side the school authority for the path of peace they decided to toe even at this challenging period.
However, his re-integration to the academic environment should be properly handled to avoid intimidation and depression.The psychological state of the victim should be examined and provide necessary assistance so as to put him on the right track.
The school authority should endeavor to get involved in security reports of the student communities and social activities so as to know when things are going wrong.
Students need to be orientated on Unionism and social responsibility.The primary objective of any student should be his academic success,and not arogancy