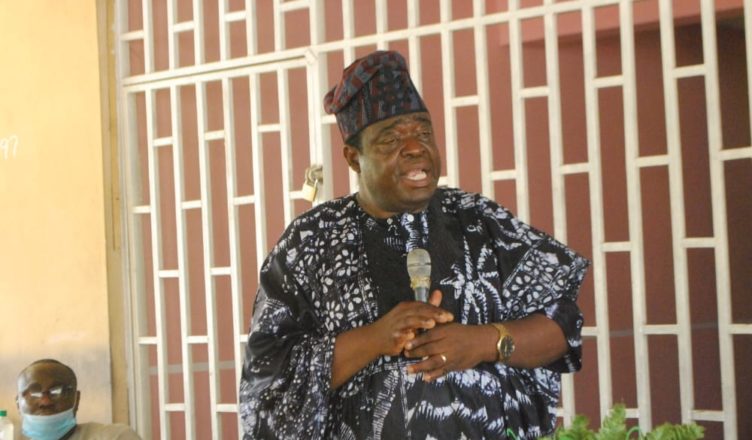 The Federal Ministry of Agriculture and Rural Development has officially handed over a newly constructed Primary Animal Health Centre located at the Ajegunle Farm Settlement, Odeda to the Ogun State Government.

Speaking on the project, the State Governor, Prince Dapo Abiodun described it as a timely intervention for the realisation of the State government’s agenda in ensuring food security, job creation, agricultural and industrialisation among others.

Governor Abiodun, represented by the Commissioner for Agriculture, Dr. Adeola Odedina, noted that the State as the largest producer of egg and broiler in the country and the West African sub-region, would create enabling environment and support for investment and entrepreneurship activities in the livestock and related value-chain.

He appreciated the Federal Government for choosing the State as one of the beneficiaries of the project, promising adequate use and replica of the facility in other farm settlements.

“This clinic will encourage more youths to come into farming, once they know that they won’t lose their investment, because their animals will have access to cheap healthcare services and be free of disease, thereby profit will be maximised’’, he affirmed.

Earlier in his address, the Minister of Agriculture, Alh. Muhammed Nanono, represented by the Regional Director of the Federal Ministry of Agriculture and Rural Development, Dr. Olaniyi Ogunbiyi, said the project was embarked upon to ensure regular and easy access to animal health care, disease control, as well as housing and feeding of animals to keep food supplies safe and hygienic.

Nanono stated that the activities of the State government in promoting a disease-free animal population have not gone unnoticed, adding that the cooperation received from the State, informed the decision to embark on the project, expressing optimism that the health centre would aid animal health management.

In his remarks, the Chairman of Ajegunle Farm Settlement, Engr. Olalekan Jiboku, applauded the Federal Government for the initiative and State Government for providing the needed logistics, which led to the timely completion of the project, saying it would ease the burden of accessing veterinary care.