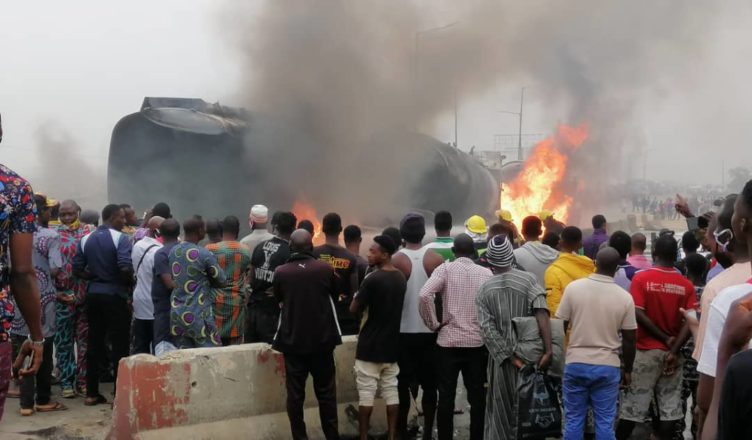 A multiple accident occurred at the early hours of today at the Kara Bridge,by Berger, outbound Lagos along the Lagos-Ibadan Expressway.

The accident which involved 4 vehicles, 3 tankers, 1 tipper truck and 1 gas truck led to a fire outbreak,and heavy traffic on the ever busy road.

Despite the inter-state restriction of movement,the incident attracted crowd even with the presence of the officials of TRACE, FRSC, POLICE and FIRE FIGHTERS form Ogun and Lagos States.

The number of casualty can not be accertained at the time of this report,but all efforts have been put in place to curtail the fire.