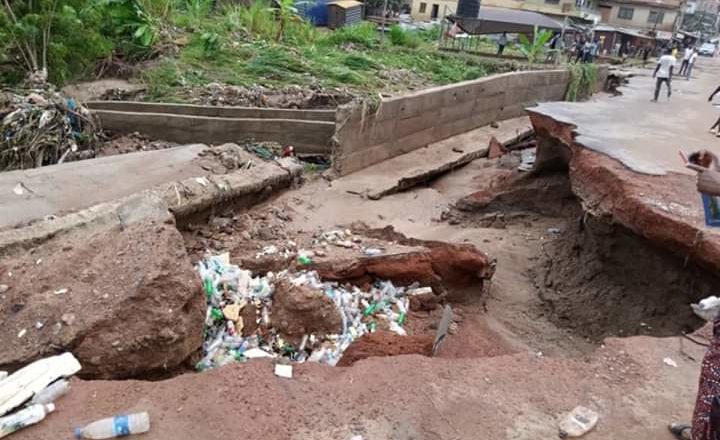 Ogun State government has said it will not hesitate to demolish houses and structures obstructing waterways in the state.

The state’s Commissioner for Environment, Hon. Abiodun Abudu-Balogun, who spoke on Sunday during the inspection of areas affected by flooding in Abeokuta, urged people living along river channels to relocate to safer places.

A torrential downpour, which lasted about 16 hours on Saturday, wreaked havoc and submerged houses, shops, vehicles and goods, among others, in Abeokuta, leaving many residents to count their losses.
Some of the areas affected within the Abeokuta metropolis include Kuto, Isale-Igbein, Lanfewa, Amolaso, Ijeun-Titun, Ago-Ijesa, Abiola Way, Isale Abetu, Sokori, Igbore, Oke-Mosan, Isale Ake and Adigbe.

Speaking after assessing the places ravaged by the flood, Abudu-Balogun identified human activities such as indiscriminate dumping of refuse on waterways, as a major factor responsible for the flooding.
The commissioner, who was accompanied by his counterpart in the Ministry of Physical Planning and Urban Development, Tunji Odunlami, said the state government would take decisive steps to ensure compliance with environmental laws.

He restated the commitment of the Governor Dapo Abiodun-led administration to dredging of rivers to give way for free flow of water so as to prevent recurrence of flooding in parts of the state.

Abudu-Balogun said: “As a government, we are going to take a decisive steps to ensure that residents comply with environmental laws. We are happy that no life was lost yesterday (Saturday). We will ensure that corrections are made to forestall annual recurrence of this natural disaster.

“We have seen the extent of the damage done by the flooding. We will continue to dredge canals in the state to allow for free passage of water.

“The effect of human activities, that is building on water ways and indiscriminate dumping of refuse inside stream and rivers are factors responsible for what we are seeing here. We can all see the devastating effect that these have caused.”