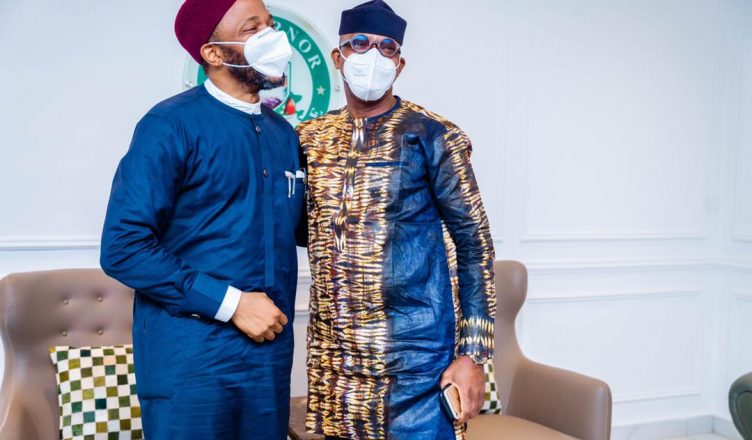 The state governor, Dapo Abiodun, dropped this hint when he received the Minister of State for Education, Chukwuemeka Nwajuoba, during a courtesy visit paid to the governor at his office by the minister, on Saturday.

Abiodun submitted that since all the pillars of his administration including infrastructure, social wellbeing, education, youth empowerment and agriculture are inter-related, it was imperative to develop them at the same time.

“For us, we have begun the implementation of an integrated system that would involve education, ICT, transportation, health and agricultural infrastructure. And we cannot begin to develop one part of our pillar at the expense of a part”, he said.

The governor pointed out that Ogun as the “birth place” of education in the country, his administration has taken giant strides at ensuring that the sector regain its lost glory through the development of other sectors to complement the investment in education.

He disclosed that the state had so far renovated over 200 primary schools across the three senatorial districts, noting that the emergency declared in the sector has led to the provision of needed infrastructure which were lacking in the past.

“Ogun State is the industrial capital of this nation and as a government, we need to provide facilities in our schools to accommodate those who are coming to do businesses or live in our state.

“A broadband fibre is currently being laid across the state to provide internet facility in all our educational institutions; primary to tertiary level, markets and other public places. Our administration is ready to partner individuals, government and the private sector in our quest to reposition the education sector”, Abiodun stated.

Earlier in his remarks, Nwajuoba, described Ogun as the flagship state that has produced the nation’s presidents, Nobel Laureate and distinguished men and women, as well as home to more than 20 universities and school children who have done the state and nation proud in local and international education competitions.

He, however, said that the Federal Government was driving the Safe School initiative to ensure a secured learning environment for Nigerian children, adding that his visit was not only to call for the governor to key into the initiative, but to also inspect facilities in Federal Government-owned educational institutions in the state.

While commending the state for involving capable hands in running the affairs of the state, particularly the education sector, the Minister urged the state government to lend helping hands to federal education institutions in the state to realise their objectives.