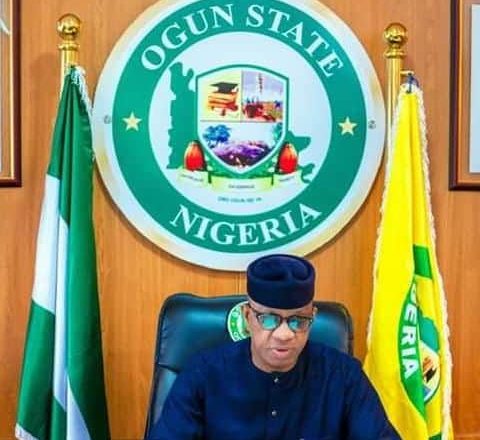 In less than 30days of the last appointment into different agencies,the Ogun state Governor Prince Dapo Abiodun Mfr has made another appointments to board,and some commissions.
The appointees, like in the earlier phases, were drawn from across membership of all the political parties in consonance with the Administration policy to promote inclusiveness, merit and experience in its quest to building a peaceful and a more prosperous future for citizens of the State.
The appointtees are;
OGUN STATE TELEVISION (OGTV)Hon Tunde Oladunjoye as Chairman,while Mrs. Bola Akinyan,Lekan Adejare,Olukotun Segun,Sunday Akinyemi Matthew,Avose Johnson ,G.O. Ogunfowora,Hon. Muri Awolaja,Akeem Anibi,Mr. Wale Idowu are Members.

He said,”The Building Our Future Together is more than a mantra. It is a policy thrust that we will leave no stone unturned to actualize. Our inclusiveness is deliberate, because together, we will achieve more and at a faster pace”.