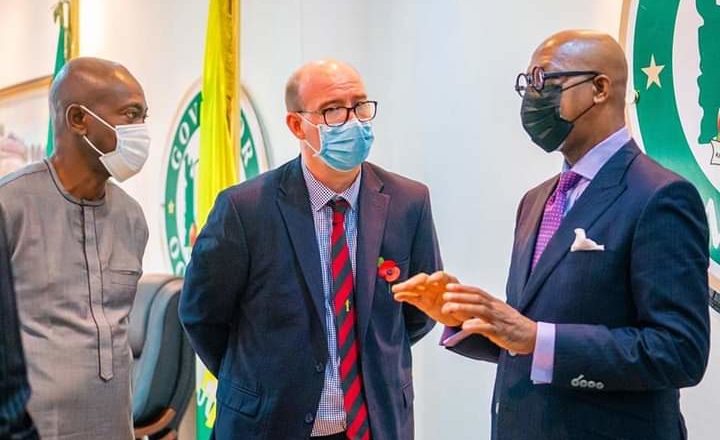 Ogun State Governor, Prince Dapo Abiodun said the State, as an industrial hub of the country, will need an increase supply of electricity to unlock more of its economic potentials and attract more investors to the it.

Governor Abiodun who stated this at the signing of a Memorandum of Understanding (MoU) between the State Government and a British Power Firm, Konexa, in his office at Oke-Mosan, Abeokuta, said as a leading industrial State, there was need for the State to have constant power supply at all times to serve existing companies and attract new ones.

The Governor opined that there was a nexus between industrial development as large, medium and small scale businesses rely on power to thrive, adding that self sufficiency in electricity would encourage artisans to venture into small businesses which would in future boost the industrial capacity of the State.

Prince Abiodun while enumerating some of the steps taken to provide enabling business environment, noted the re-engineering of infrastructure including roads and housing, saying the State was also making headway in Agriculture, Information and Communication Technology (ICT) and Youth Empowerment.

“We are rebuilding our roads and providing affordable housing to our people and those who would want to come and invest in our State. Currently we are embarking on the construction of 2,500 affordable houses across the State. We are also going to construct 10,000 houses that would go for between N1m to N2m.

“Our State is the largest producer of rice, cassava, poultry and even fish in the country. For us to harness all these potentials, we need adequate supply of electricity as this will encourage potential investors to come and invest in our State”, the Governor explained.

On township renewal, Prince Abiodun while calling for collaboration from interested investors, stressed the need for a total remodeling of Ibafo- Mowe axis, as well as the Ado-Odo/Ota corridor, as these towns were allowed to grow without proper planning.

He expressed the hope that the MoU between the State and the company would be mutually beneficial, as the State Government was looking forward to tapping from its expertise for the good of the people.

Speaking, the British Deputy High Commissioner in Nigeria who led the company’s delegation, Mr. Ben Lienellyn-Jones, said the company was in the State to partner with government in the area of energy and power and other businesses to create jobs for the people.

He said the company was inspired by the vision and steps taken by the Governor in liberalising the economy and providing a business friendly environment that support investors.

Also speaking, a Director in the Company, Mr. Joel Abrams, said the company would focus on making available 250 Megawatts of electricity to serve 50, 000 residents and companies at the initial stage and would be improved upon subsequently.

Personnel Head, Ibadan Electricity Distribution Company, Mr. Ademola Adewumni on his part, maintained that with the coming of the company, there would be improved and quality supply of electricity in the State, assuring that his organization would provide the needed support in the areas of supply and distribution.