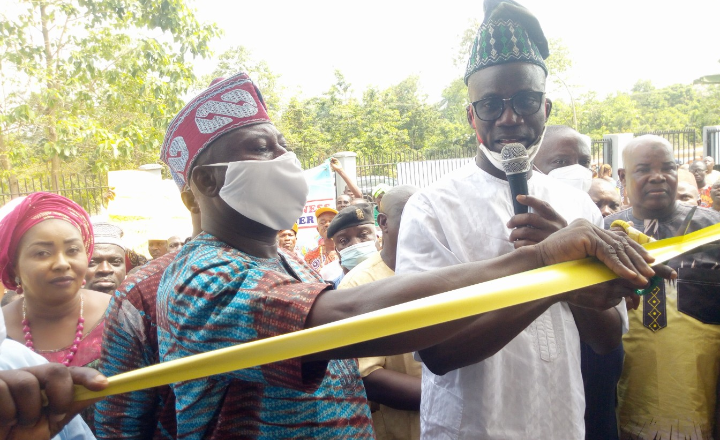 The governor of Ogun state Prince Dapo ABIODUN Mfr. have commended the Chairman of the Transition Committee of OBAFEMI OWODE Local Government and his team for the various projects commissioned within few days in office.
The governor made the remark during the commissioning of the rehabilitated primary Health Care Center at Adedero along Kobape Road, Abeokuta SAGAMU road,and Oyebola village.
The governor who was represented by the Commissioner for Local Government and Chieftaincy Affairs,Hon Afolabi Afuape, said the primary health center played a key role in the social and medical well being of the people.He said,”the health care and well being of the people is one of the key roles of this administration and its a good thing that Local Government Administration that are closer to the people.This Primary Health Center will not only serve the people of the community,but travellers in case of accident or emergency.”
The Chairman of the transition Committee,Hon Abdul Fatai Olasoju Mustapha expressed gratitude to the governor,Prince Dapo ABIODUN for his support and the zeal to see the Local Government work,by meeting the needs of local communities and rural settings.
He also called on the state government to look into link roads in the local government particularly the road that link Ayedero to neighborhood communities.
The event was attended by community leaders,party faithfuls and other good people of Odeda Local Government.