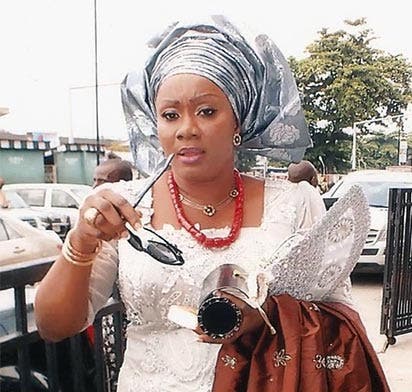 Governor Abiodun, in a statement by his Chief Press Secretary,Mr. Kunle  Somorin, described the General Manager of the Nigeria Television Authority (NTA) Abeokuta as a model, intelligent, stylish, hardworking journalist and media manager who has not only paid her dues but worthy  of plaudits and recommendations for the successor generation of professionals in her field.

“Funmi Wakama is clearly an icon of prodigious hue. She symbolises excellence in journalism and public service and can be said to be one of our brand ambassadors in Ogun State”, the statement said.

The Governor commended Mrs Wakama’s steadfastness and proactive approach in the management of NTA Abeokuta.

“She is practically running that place with her blood. I am aware of how she has creatively turned around the fortunes of NTA Abeokuta.  That is an attestation to her managerial acumen and in tandem with the never-say-die and indomitable spirit of Ogun blood running in her veins. In spite of the challenges, she trudges on like a Phoenix and  inspires confidence in her junior colleagues while mentoring them”, Gov. Abiodun added.

“Mrs Wakama is a courageous journalist who stood among the best in the practice of ethical journalism. She cannot be cowed neither would she buckle in the face of adversity.

“I am proud that in and out of government, she is focussed, balanced and fair in her editorial judgement and in her dealings with people. Her service to humanity will be recorded as exemplary by history”, the statement further said.

Governor Abiodun prayed that as Mrs Funmi Wakama ages on gracefully, God Almighty will grant her the grace of many more years in the service of humanity in good health and with renewed vigour to hold the banner of excellence longer.