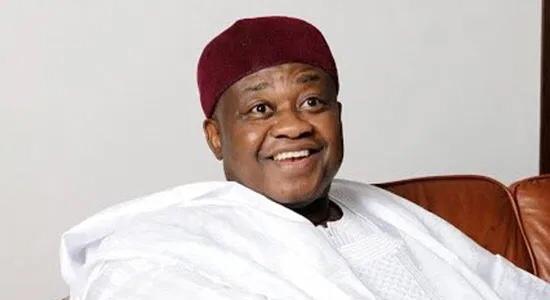 In a statement issued by his Chief Press Secretary, Kunle Somorin, the Governor expressed shock at the demise of the ebullient columnist, saying the country has lost a gem and the family cannot be the same again with the death of its breadwinner.

Sympathising with members of the fraternity of the pen, the Newspapers Proprietors Association of Nigeria and media practitioners generally, Gov. Abiodun said Nda-Isaiah was a great pharmacist, consummate politician and entrepreneur.

“The country has lost a rare gem of big ideas, whose politics was laced with conviction, selflessness and without bitterness. I am still in shock. I was jolted by the news”, the Governor said, adding that, “Sam Nda-Isaiah was a resolute and dogged fighter on the side of the people. His columns, “Last Word” and “Ear Shot” were pungent and fought the good cause for a better Nigeria.”

The Ogun State Governor eulogized the creative genius of Nda-Isaiah, who he said studied pharmacy but made a name in writing and newspapering.

“A serial entrepreneur is gone. He had his hands in many pies and incredibly made a success of most of his endeavours”, Gov Abiodun said of the deceased who he referred to as “a friend and a man of ideas”.

“Through sheer creativity and entrepreneurship, he straddled the professions of pharmacy by training and became a successful newspapers’ manager. His discipleship also kept growing in politics and he once aspired to be the President of the country on the platform of our great party, the All Progressives Congress (APC)”, the Governor noted.

Gov. Abiodun added: “The loss of Nda-Isaiah will be felt across different spheres: the business community, in statecraft, among his family members, the Obafemi Awolowo University alumi and the academic world, in Nupeland and in APC, which he helped in midwifing. He was a trusted associate and competent bridge builder”

He prayed for the repose of the soul of the debonair publisher, saying: “May he rest in peace and may the Almighty console his aged mother, young wife and children, as well as siblings, members of the LEADERSHIP family, NPAN, political associates and friends of our late compatriot, Sam Nda-Isaiah”