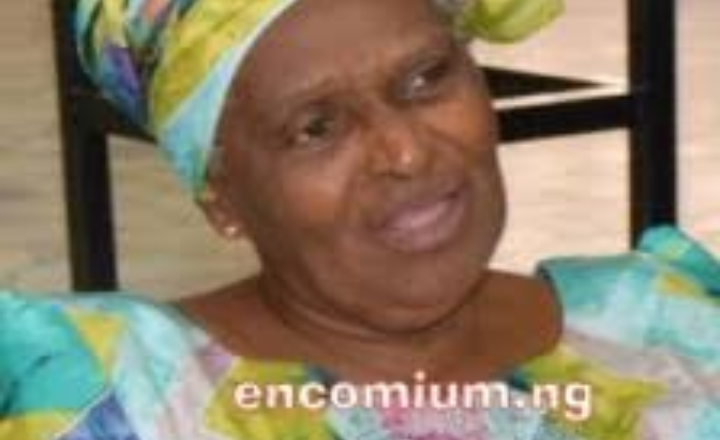 The death, Gov Abiodun said, has thrown the entire state into mourning.

A statement issued by the Governor’s Chief Press Secretary, Kunle Somorin, described the late Tola Oyediran as not only “an embodiment of humility and virtues, but she exhibited independent-mindedness, foresight and managerial acumen in all tasks thrusted upon her”

“She was also a great Nigerian in her right and stood as a rock of Gibraltar behind her very successful medical doctor husband and former Vice Chancellor of University of Ibadan, Prof A.BO. Oyediran. Her successes as a home-maker cannot but be an irreparable loss to her immediate and extended family members and and indeed a very painful exit for them.

“Mrs Oyediran was a central figure during her father travails as a political figure and after the demise of Papa and Mama Awolowo. Her role in keeping the legacies of Chief Obafemi Awolowo as Chairman of the African Newspaper of Nigeria, publishers of the Nigerian Tribune titles and family businesses are a testament to business acumen and genuine love for her iconic parents”

While thanking God that Mrs Oyediran devoted her days on earth to serving God and humanity as a business leader and pastor, Gov Abiodun prayed for the repose of her soul and asked the Almighty to grant the deceased family and associates the fortitude to bear the loss.