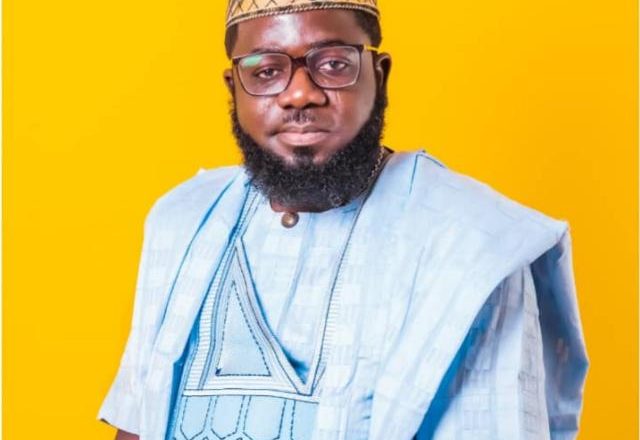 It is pertinent to note that politics in the recent time has gone beyond mere propaganda and some dogmatic claims that cannot be sustantiated.

To set the record straight HAO is not a novice in the game of politics and also he is a true son of Gbagura, Ago Ika precisely.

Down to memory lane, HAO is the man to reckon with as far as grassroots politics is concerned in the local government area. He has organized series of sporting events especially in the area of football within the Local Government which earn him series of awards and honors from different bodies.

He has participated in so many party activities within and outside the local government area which has given him more popularity among the party cheiftains and members of the party.

His quest for a qualitative education and exposure compelled him to travel abroad. During his sojourn for yonder, he has garnered enough knowledge and experience to serve his people better.

He played pivotal roles in the 2019 general elections that ensured the emergence of Prince Dapo Abiodun as the Governor Of Ogun State and other positions won by the party in the state and local government. He served as one of the party’s election supervisors in the state during the elections and electioneering.

He has also carried out numerous empowerment programmes prior to the time he disclosed his intention to contest for the seat of Abeokuta North Chairmanship position. Many people will testify to this fact. During the Covid-19 total lockdown in the State, he supported a good number of people within the various communities that make up Abeokuta North through distribution of palliatives in forms of foods, safety materials and cash.

At this juncture, there is the need to inform everyone across societal diverse that Oluseye has paid his dues as a bonafide, card-carrying member of All Progressives Congress (APC) and as a true son of Gbagura Abeokuta. By virtue of these, he has all it takes to serve as the next Chairman of Abeokuta North Local Government Area.