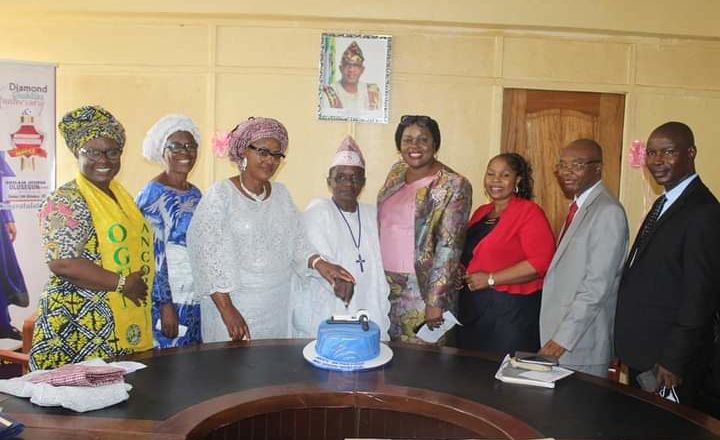 A call has gone out to all retiring Civil Servants in the State to see their exit from active service as divine grace and be grateful to Almighty God that has kept them alive to witness the day.

The Special Adviser to the Governor of Ogun State on Primary and Secondary Education, Mrs. Ronke Soyombo, made this call during the send-off party organized by the Board for its Image Maker, Mr. Segun Adelaja, Head, Public Relations Unit, Ogun SUBEB, at the Board’s conference Room, Oke Imosan, Abeokuta, Ogun State.

The Special Adviser, admonished the retiree to always do things which would enhance his well-being and do proper monitoring of his Health, while appreciating the Board for organizing the send-off Ceremony in honour of the celebrant, which would serve as motivation for others coming behind.

In his remarks, the Board Secretary, Mr. Wasiu Olalekan Kuye, extolled the virtues of Mr. Adelaja Olusegun for his immense contributions and supports, which were responsible for the good image the Board has enjoyed. He appreciated the management and Staff of his Unit for Organizing a befitting send-off ceremony.

The SUBEB Scribe charged the gathering to emulate the great virtues of retiring Deputy Director, to do their best and be fair to everybody in all their dealings

While responding, the Celebrant, Mr. Adelaja Joshua Olusegun, appreciated the Special Adviser, Mrs. Ronke Soyombo, Permanent Secretaries and others dignitaries present for celebrating his exit from active Civil Service. He then thanked the Board for giving him the opportunity to contribute his quota to the development of basic Education in the State. He further enjoined the gathering to abolish the Slogan “Wait for your turn” and be good to all in respective of cadre.