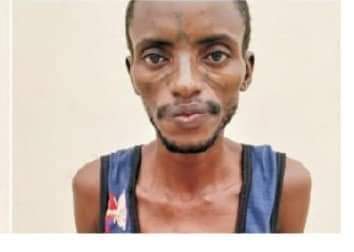 Operatives of the Intelligence Response Team (IRT) of the Nigeria Police Force have arrested two members of a suspected six-man gang of kidnappers who abducted three people, including a nurse and two patients, from a hospital.

The two arrested suspects, Abdullahi Danshoho (25) and Iiiyasu Salleh (24) were alleged to have taken part in the invasion of Kun-warke clinic and maternity at Kan-stakuwa in Lafia, Nasarawa State capital where they abducted two patients and a nurse.

The gang was also said to have collected a ransom of N6 million from the families of the abducted persons before they were released. IRT operatives were, however, able to track down two suspected members of the gang while the remaining members were still at large.

Among the suspects at large is one Maikano, who the arrested two alleged took custody of their six AK-47 rifles and several other weapons they used during their operations.

Explaining how they were arrested, a police source said the IRT operatives received a tip-off about the activities of the gang in the process of intelligence gathering, and they were said to be responsible for the attack at the hospital on November 30, 2020 where three persons were abducted.

During interrogation, the suspects admitted to have participated in the hospital attack and several other kidnap cases in Nasarawa State.

Danshoho, an indigene of Nasarawa State who is married with four children, claimed to have attended government-owned primary and secondary schools in the state.

He added: “I went further and got an NCE, but I am yet to collect the result because of lack of funds to complete the fees. I finished my NCE in 2020 and decided to become a truck driver, but it was also difficult to get a truck.

“As a father of four, I needed to be seen as a man. So I met my friend, Illiyasu, sometime in September and he told me that kidnapping was the only way out; that I should source for wealthy people we could kidnap.

“Since I joined the gang in October, I have participated in five kidnap operations and only three of them were successful. It was after the fifth one that I told myself that as a graduate with four children, I should be careful not to disgrace my family. I stopped going out with them since December.

“The first successful operation was in Lafia where we picked one Igbo man. He lives around my area and drives big cars. I asked him for money several times but he told me to go and hustle. I decided to give his details to Illiyasu who arranged the job. I only provided the needed information. In the end, they gave me only N100,000.

The second successful job was arranged by Illiyasu. The clinic is where we normally go for treatment. My job was to go there and confirm that the director of the hospital was around. On the day we attacked, I was very sure that he was in hospital. Unfortunately, he managed to escape, and that was why they decided to carry those sick people.

“I never knew what happened until Illiyasu called and told me. It was around 8 am and the gatemen ran away when they saw guns.

“After some days, they gave me N100,000 as my own share. I did not complain because they told me that the patients were farmers and the nurse was from a poor family. It was after the deal that I learnt that they collected N4 million but they lied to me.

“A week later, I brought the third job which was also successful. It was my friend and we used to hang out. I decided to kidnap him because I was sure that his parents could afford to pay for his release. They got N1.5 million and my share was N100,000.

“It was when he came back sick that I regretted my action. He told me everything that happened and I consoled him.

“I regret my action and pray that they will forgive me. I was desperate and was finding it difficult to feed my wife and four children. I used part of my money to pay debt at school so that they could issue me my certificate.”

On his part, lliyasu said he was a herdsman and a farmer, and had only attended an Arabic school.

He said: “I have 10 cows and they were given to me by the people that I served. Normally, if you serve someone, he will pay you with two cows. I decided to go into kidnapping because it is an easy way to make money.

“We have one hideout in Nasarawa State. It was Maigari who brought the clinic job. It is where I normally go to receive treatment. Abdulahi, who is well known by the nurses, was the one who surveyed the place. He pretended as if he had headache and wanted to check his blood pressure. On the day that we attacked, Abdulahi assured us that the director was around.

“I stayed by the hospital gate because they might identify me. Maigari, Bodejo and others entered and were unable to get the director.

“It is like he heard the gunshot and escaped before they could reach him. Maigari, instead of coming back empty handed, decided to carry two patients and a nurse. They forced the nurse to take some drugs that would be needed to take care of the patients.
“We took them into the bush and it was the nurse that took care of them until ransom was paid. We took the nurse because we needed someone to keep them alive. I did not stay in the bush with them because the nurse would identify me.

“After the deal they gave me N200,000. I was very angry and threatened to expose them if they did not give me more money. Later, they brought another N100,000. I don’t know the real amount that was collected.

“It is only God that can bring an end to kidnapping. The truth is that we don’t make much money from cattle rearing and you need to stay with a cow for so many months before it will be ready for use. Kidnapping will give you quick money.

“If they give me a second chance, I will report even my father to the police if he is a kidnapper.”

Telling the police how it happened, the owner of the hospital (name withheld) said: “At about 8 pm, I was in the clinic attending to patients. I stepped out to the gate where my car was parked and saw some people close to my car. I asked my son who was my driver whether he knew them and he said no.

“I noticed a car parked opposite the clinic without a number plate. As we drove off, the car followed us to Maraba and turned back to the clinic site.

Minutes later, I received a call from the clinic saying that there were gunshots. They called back later and said that the people that were shooting took my night duty nurse and two others.

“The next day, they called with my nurse’s number and said that I was the target. They later released them on December 2, 2020 after ransom was paid.”