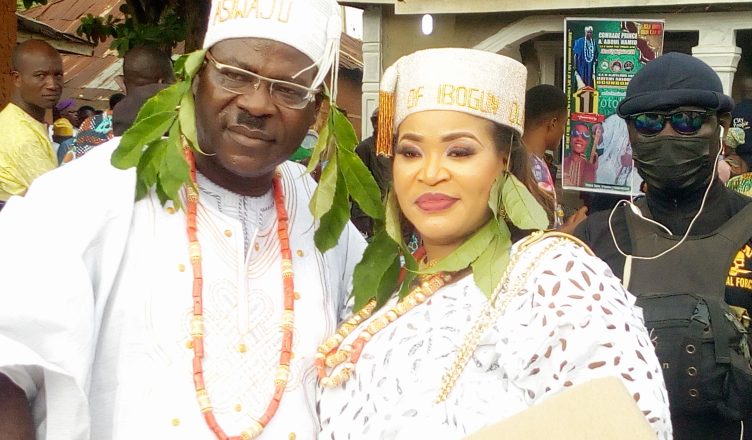 It was a stand still yesterday as the dusty Community of Ibogun Olaoparun and all neighbouring communities honoured the prominent politician and philanthropist, Ashiwaju Adedamola Adeshina, and his wife Chief Afolashade Adeshina as the Asiwaju and Yeye Ashiwaju of Ibogun Kingdom.

The event which also had the installation of the prominent Iyaloja of Lagos,Chief Afolashade Tinubu Ojo as the Iya Oba of Ibogun Kingdom.

The colourful ceremony brought cream de la cream of the business community in Lagos to honour the business Giants.

The Kabiesi while praying for the new chiefs, admonished them to work towards the development of Ibogun land, particularly the Olaoparun Community.

He also charged them to come up with development programmes for the youth and teaming population to reposition Ibogun in Ifo local government.

The event was graced by the popular fuji musician, Alhaji Abbas Akande Obesere,the Paramount King of Music who provided music for the large audience.