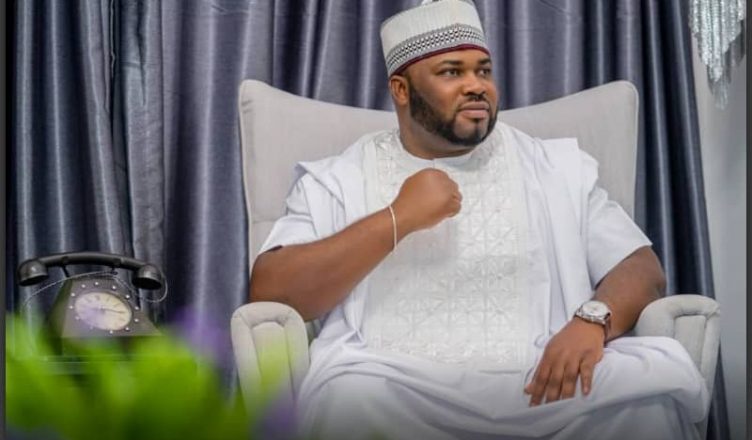 The residents and electorates in Ijebu-ode local government have cried out to the Executive Governor Prince Dapo Abiodun to allow a credible candidate to paddle the canoe of the local government in the forthcoming Council election.
The people through a vox pop in major areas in Ijebu-ode complained that the likes of Dare ALEBIOSU will be an Hushpuppi in the council administration.
The sad and ugly case of Hon Abidemi Rufai former SSA to the governor arrested in the United States for financial fraud ought not to repeat itself,as the people are going to the poll to decide soon.
The Chairman of the transition Committee at the council,Eng Olugbenga Olugbile who won in the primary to carry the flag of the ruling party,APC in the forthcoming local government election have been commended for various developmental programs in the state.
Eng Olugbile and his team with little time in office have contributed to different areas in the council.He has contributed to infrastructure development and security in the council,inline with Governor Abiodun Agenda.
“The incubent Chairman of the council has tried so much in changing the face of the local government and it is our desire that he should continue the good work as we go to the poll soon.”
Mrs Abayomi Ajayi.trader at ,Itaale Ijebu-ode.
“The governor need to come to our rescue because the people of Ijebu-ode will not stand any imposition of candidates as it is done in other local government in Ogun state.Eng Olugbile has done well and we want him to continue.”
Anonymous at Lagos Garage, Ijebu-ode.
“The money bag Politics in Ijebu-ode should be discouraged.The aspirants throwing money at party leaders should be noted and investigated,so we will not be embarrassed with another Abidemi Rufai.The people are wiser,and will not want to take chances with questionable character all in the name of bringing young people to position of authority.We need to watch it in Ijebu-ode for this local government election.”
Chief Olakunle,Oke Aje, Ijebu-ode.
“It’s quite unfortunate that the people influencing this administration on the choice of who picked the ticket for the LG poll are selfish.Our governor should let the people decide,not the party leaders. The council leadership shouldn’t be a position for the highest bidder as we can see in different local government in Ogun state.However,I believe the governor will do the needful, because it is not just the party,but his administration is at stake.”
Madam Adunni,Obalende Ijebu-ode.
“I really wish the present Chairman continue as the council needs a committed and dedicated person at the council.His Excellency Prince Dapo Abiodun did not make a mistake bringing him to led the present team of people at the council.”
Oladimeji Daniel, student Tai Solarin University of Education, Ijebu-ode.
“I see no reason why APC can not allow party members to have a direct primary,and see if Dare ALEBIOSU will not have a chance.He is young and promising young man who can use his influence to turn around things at the council.We can not use the ordeal of Abidemi Rufai to conderm him.He is a free spender,so it’s not because he desires the LG Council ticket as people are saying.”
Mr Oseni,transporter.
“The party leaders are our problem in Ijebu-ode.They are not concerned about the development and peace,but their pockets.If aspirants can be spending money this way,it is a sign that we are in trouble if such candidate is elected.”
Anonymous APC member.