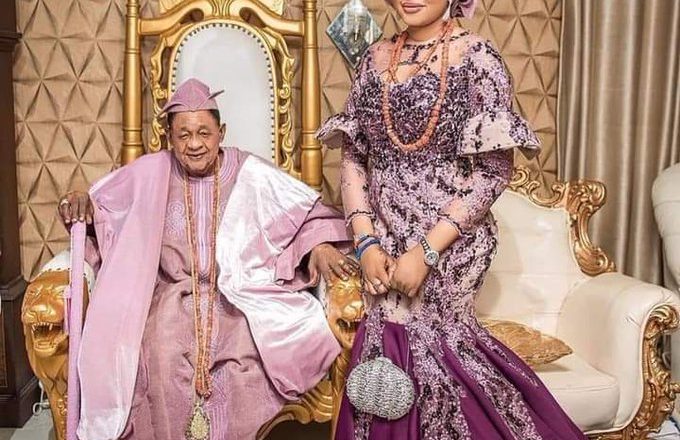 The Alafin of Oyo,Oba Lamidi Adeyemi has added a young pretty 23year old lady to his chain of “OLORIS”.

The newest bride have not been officially introduced,but her picture with Ikubabayeye is treading on the social media.

The respected and first class monarch in South West Nigeria is known for his love for young OLORIS for some years.

Before now,Oba Adeyemi youngest wife was recently enmeshed in an infidelity act with a popular Fuji musician,and since that time little have been heard about her.The OLORI in question,have been denied royal public appearance,after different insinuation from the public.