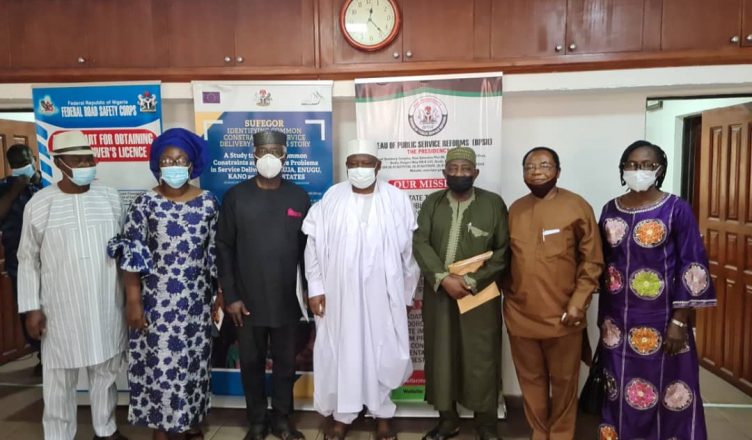 Abuja, April 30, 2021 (NAN) Coalition of Societies for the Rights of Older People in Nigeria (COSROPIN) on Friday urged the federal government to improve the welfare of retirees to minimise corruption in the civil service.

Sen. Eze Ajoku, President of the coalition made the call during a courtesy call to the Bureau of Public Service Reform (BPSR) in Abuja.

Ajoku said that lack of hope for quality healthcare, security and quality of life after retirement was instrumental to possible corrupt practices by civil servants especially retiring ones.

“We as a coalition have realised that a good index exists between corruption and the status of retired civil servants.

“Without hope for healthcare, security and a good quality of life after retirement, retiring civil servants will do whatever is possible to provide these for themselves,” he said.

Ajoku therefore called on the federal government give hope to civil servants especially retiring civil servants for them to meet the challenges after retirement.

He expressed concern with the preparedness and equipment of civil servants aimed at erasing the mentality that “life only exists in civil service.”

“The current system condemns civil servants to death with no health insurance, no take home money after retirement for 16 months, no gratuity.

“The system abandons the civil servants after retirement unlike colleagues in the private sector or in parastatals of Government like NNPC or CBN.”

He said that the bill was aimed at enhancing the quality of life of older people in Nigeria.

The coalition boss who described retired civil servants as a reservoir of skill and knowledge for national productivity, said they would not allow it to waste.

He said that it was in pursuit of improved welfare for retirees that the coalition contributed in the Development of the National Policy on Ageing approved by the federal government.

Responding, Mr Dasuki Arabi, Director General, Bureau for Public Service Reform (BPSR) promised to partner with the coalition in the actualization of their visions.

Arabi expressed concern over the plight of older persons after retirement from active service and called for action.

“I wonder why some retirees after six or seven months or one year of retirement die, in spite of the earlier reforms.

“That means something is wrong somewhere which we are doing our best to practically address,” he said.

The Director General, who reiterated the commitment of his Bureau to an improved welfare for retirees, said that they were willing to tap into the knowledge and experience of the retirees.

“We are going to tap into your experience to ensure the success of the civil service.”

Arabi explained that the Bureau was working in synergy with the Federal Ministry of Health to actualise the Basic Care Fund (BCF) for retirees and older persons.

He however called for respect and friendly environment for older people as it was done in other climes.

According to him, the elderly deserves respect by making provisions for them as well as giving them medical and transport discounts.