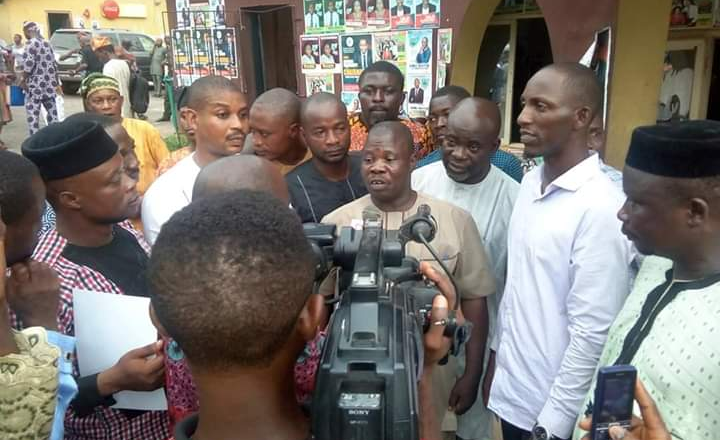 The National Industrial Court sitting in Ibadan, Oyo State, on Tuesday, said it will deliver judgement on the suit (NICN/IB/85/2019) between Soji Amosu and three others against Chris Isiguzo, President, Nigerian Union of Journalists, NUJ and others, on 24th February, 2021.

The Presiding Judge J.D. Peters, during the proceedings asked the counsel to the applicants whether there was an “accord” between the applicants and the defendants.

In his reply, Deji Eniseyin, counsel to Soji Amosu and three others, having denied the signing of accord by his clients with the defendants later argued that it was only two out of the four applicants that went into “accord” in Ibadan with the defendants.

The defendants counsel, Mr Soliu Bakare representing the National President, Chris Isiguzo and 13 others told the Honorable Court that the right to office claimed by the applicants had been forfeited when they signed an “accord” for fresh election with the defendants in the presence of National officers of the union.

Our correspondent reliably gathered that it was after the applicants had consented the nullification of the first election that they went into agreement at Ibadan, tagged, “Ibadan Accord”, in which the defendants agreed to the applicant’s request to go for fresh election.