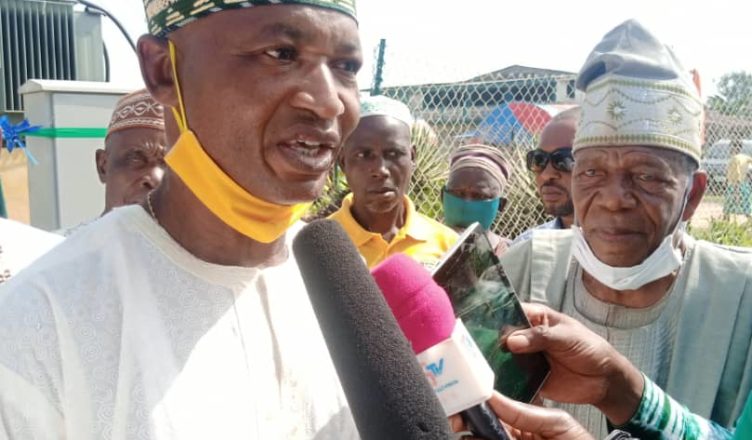 The Chairman, Transition Committee, Ijebu Ode Local Government, Engr. Olugbenga Olugbile, has commended the Governor of Ogun State, His Excellency, Prince Dapo Abiodun, MFR, for his visionary leadership which has impacted positively on all the local governments in the state.

He gave the commendation on Thursday, at a reception held at the Millennium Hall, Itoro, Ijebu Ode, to welcome the Governor to the local government area.

He described him as a driver who has been driving the vehicle of Ogun State in a very safe and secured direction, as evident in all the people-oriented projects, spread across the twenty LGAs.

He commends the Governor’s giant strides on the development of infrastructures in the council area, especially on the construction of road networks from Molipa to Fusigboye; Ashafa- Ayegun-Ojofa; the rehabilitation of Abeokuta; Osinubi; and New Roads; respectively; the ongoing reconstruction of Imowo Road and Awujale Street to Oke Aje Market; the recently awarded Molipa Expressway; and the beauty of it all, which is the Ijebu Ode-Epe expressway, that will link Ogun State with the East.

The Chairman thanked the Governor for the trust and confidence reposed in him, and for appointing him to serve as the Transition Chairman.
According to the Council Boss, the release of funds by the Governor, added to the IGR had greatly helped the local government in the execution of people-oriented projects, among which were those inaugurated yesterday.

The Governor of Ogun State, Prince Dapo ABIODUN, who was represented by the Honourable Commissioner for Local Government and Chieftaincy Affairs, Hon. Afolabi Afuape, appreciated the people of Ijebu Ode Local Government, for their support during the election. He reiterated the commitment of the state government in restoring the lost glory of the local government, as he calls for feedback between the government and the people.
“This administration is ready and willing to make local governments in the state more viable, and not just a mere salary paying centres, we hope to get regular feedbacks from you, to enable us know your priority needs”, the Commissioner said.

He commended the council boss, whom, he described as a Seasoned Engineer, for empowering over 2000 youths through a Vocational Skill Acquisition Programme, the first in all the local governments he had visited so far.

His Royal Highness, Oba (Engr.) A.S. SALISU, Lamodi of Isiwo, during an interview, couldn’t hold his joy, as he expressed his gratitude to the Governor and the Transition Chairman, for their efforts at putting an end to the darkness in the town, saying that 12 months of lack of electricity has now become a thing of the past, with the newly installed and energized transformer for the community.

In his goodwill remarks, Chief ELIAS, also thanked the Governor for his love to the people of Ijebu Ode Local Government, through his various laudable programmes and projects.
He also commends the Chairman, Engr. OLUGBILE, while thanking the council management, led by the HoLGA, Dr. Adeolu OLUFOWOBI, for their working synergy with the Chairman, which according to him, had made possible, all the achievements recorded.

Certificates were presented to some of the trainees of the 2-week empowerment programme for the youths, while communication gadgets were also distributed to men of the So-safe Corps, to enhance their security operations.