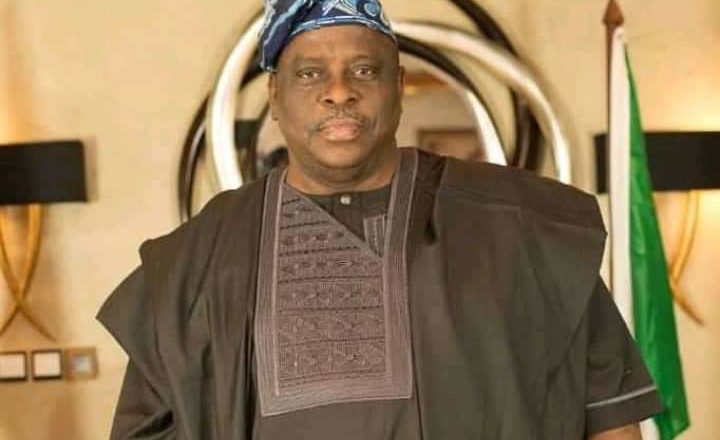 The Ogun State Chapter of the All Progressives Congress (APC), has commiserated with the family and members of the People’s Democratic Party (PDP) in Ogun State over the death of the popular politician, business man and former Senator who represented Ogun East Senatorial District in the National Assembly, Prince Buruji Kashamu.

In a press statement issued in Ijebu- Igbo on Sunday, and signed by the Publicity Secretary of the Ogun APC Caretaker Committee, Tunde Oladunjoye, the Party described the late Senator as a “courageous politician, who gave his all to any cause he believed in.”

The statement reads:
“Our party is saddened by the death of late Prince Buruji Kashamu, a former Senator of Ogun East Senatorial District (2015-2019), and a former governorship candidate of the PDP in the 2019 governorship elections.”

“The late politician was a courageous politician who gave his all on any cause he believed in. He played politics without bitterness. Even as a candidate who just lost elections, he was quick to congratulate the winner and also visited the Iperu country home of Prince Dapo Abiodun to congratulate him a day after the announcement of the 2019 governorship elections results.”

Prince Kashamu’s words during the visit remain memorable: “Elections are gone, and winners have emerged, those elected as President or Governors become the president or governors for all. It is on this note that I wish to urge everyone to support and join hands with the winners to move our dear state and country forward.”

“It is our prayers that Almighty God will bless his soul, make him to rest in peace and give his immediate, extended and political families, the fortitude to bear the irreparable loss”.