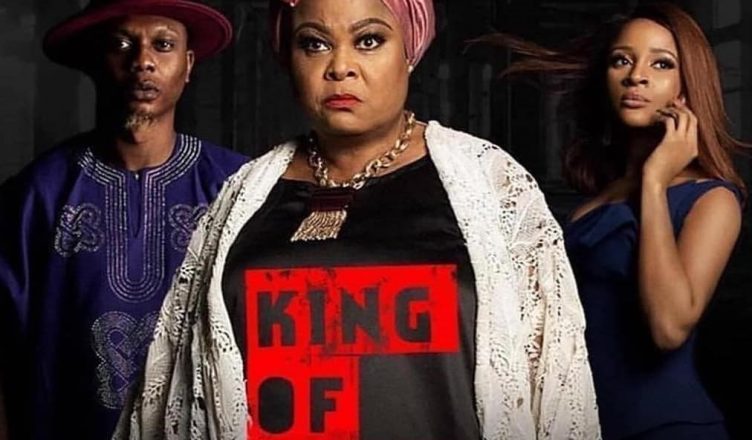 The blockbuster movie,”King of Boys” produced by Kemi ADETIBA was a victim of piracy as an online platform unauthorisely circulated some of the series on its blog.
The movie, ‘King of Boys: The Return of The King’, debuted exclusively on Netflix as a seven-part series release recently have been a talk of the Town .

Adetiba fumed at the platform for sharing the project without approval and demanded that the film be taken down from the blog.
“Take this down now. All my work and sweat and you guys have the guts to put it for free on your website? This is so unfair. Take this down,” she wrote.

She also put curses on those who claimed to be supporting her efforts but went ahead to pirate the intellectual work by downloading the film from the unauthorised blog.
In addition,Sola Sobowale the lead character in the movie, demanded that the series be taken down from the blog while threatening that the platform would crash if its publisher fails to do so.
After a short period,the platform announced that the movie had been taken down while it also apologised for sharing the project.

Adetiba on her social media handles called on her fans to avoid downloading the series from unauthorised platforms.

“As soldiers you do the movement a disservice if you watch from any other platform other than Netflix,” she wrote.

“If you’re not watching on Netflix, you’re watching illegally. We don’t move like that and it does nothing for our battle.”