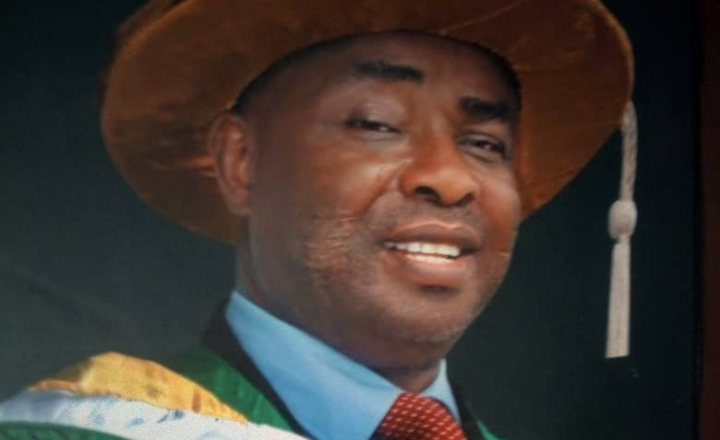 The quote above is a mirror for personalities who have distinguished themselves in the acquisition of knowledge. They are those personages who acquire knowledge as business moguls voraciously acquire wealth. To them Knowledge is an enduring wealth which increases even after giving so much to others. Pecuniary wealth is in the opposite as it decreases after part of it is being shared.

The personalities in this mirror read anything and everything they come across; they read books; they read humanity, the read world and the great beyond. They do not specialise in reading.They are generalist readers. Just like the saying in journalism that “a journalist should know something about everything and everything about something”.Because they have no time for frivolities, they overflow with ideas and knowledge. They sip from experts, colleagues and even their students. They know something about every branch of knowledge be it Education, Agriculture, Science, Philosophy, Psychology,Sociology, Medicine, Geography, Political Economy, Music, Journalism, Law, Art, Geology, Politics, Religion, International Relations, Engineering, Chemistry, Art, Publishing, Broadcasting and all other branches of knowledge. They are teachers, philosophers, psychologists, sages, wordsmiths, planners, thinkers, speakers, writers and listeners. They draw inspiration from the abstract and physical.

Taking a peep at the personality in this proverbial mirror, a wielder of the pen, wordsmith, custodian of the inkpot and an embodiment of ideas, Dr Ibrahim Adekola Adesina, the current head of department of mass communication at the reputable Crescent University, Abeokuta, Nigeria, fits this category. He is a communication expert who considers language as an invaluable working tool of humanity to communicate meaning and exchange values among peoples and cultures. Just as scientists value their test tubes, samples, thermometers, periscopes, calipers, spectrometers and other working tools, Dr Adesina has, over the years, deployed the use of language and communication to carve a peculiar niche for himself beyond the four walls of the academic setting.

The moment you engage him for a chat, you will only discover in a jiffy that you are already wading through a waist-deep river of knowledge. If you proceed in the discussion, you will soon be neck-deep, depending on how further you can go in intellectual sojourn. Both his admirers and adversaries acknowledge that the man is fecund, professional and academically fluid. As each day and night beckon, Adesina bombards you with fresh ideas and knowledge, although not without invitation. He does not pretend to know everything. Rather, he strives to know a bit of everything.

Neither taciturn nor loquacious, he is so deeply enriched that only “the deep”, according to the late sage, Chief Obafemi Awolowo,” can call to the deep”.
When his students, whether in undergraduate or postgraduate, complains that they are being bombarded with too many literature materials as references for his course, his jocular argument has always been that since the students have paid for a full crate of eggs, he would never shortchange them with anything lesser.

To work with Dr Adesina, you must possess a mindset that ” reward for hardwork is more work”.This means that one must not only be continuously productive but efficiently creative. Unfortunately, majority of people cannot cope working with him because of their obvious deficiencies. Such people cannot think beyond the official hours of 9/5pm.

After his over 20 years of journalism and pan- Africanism around the world, Adesina was one of the few headhunted wizards from the diapora to put on a higher pedestal citadel of academic and moral excellence, Crescent University, Abeokuta, Nigeria, established by His Excellency Prince Bola Ajibola in 2005.Such investment in him and a few others has now paid off, giving laudable achievements of the institution.
One of the lessons learnt in his school of knowledge is that having the loudest voice does not win an argument. Ideas and convincing presentations do.

Despite being cerebral, Adesina values and succumbs for superior arguments even from students. He invests his utmost energy and efforts in his work; he never pokes in nose in other people’s business unless he is invited. He is attracted to the success story of others and always finds out why and how they succeed. He does his job uniquely different from others- so he stands out of the crowd.His approach to the teaching of communication courses has been unique so much so that the department he has superintended from the scratch rose to become arguably one of the best five in the country. This can aptly be validated by two consecutive NUC accreditation scores of his department where he led other academic performers to clinch 90% and 93.5% respectively. His approach to lecturing is not the usual copious dictation of notes but a modest, interactive and participatory model in which students are deeply immersed in the discussion. He gives case studies and posers through which he often opens the discuss.

Dr Adesina is never tired of literature. According to him, if you are in the business of communication, it is either you are writing or thinking of what to write next. A library of journalism and allied profession, he is an encyclopedia, philosopher, mentor, listener, copywriter, public affairs expert, reputation manager, strategic planner and an academic with a difference. In fact, there is much to learn from him any time, any day.To him, the loudest debater may not be the most logical person. He holds that if someone has a better argument or viewpoint than you (are), do not argue further, give it to the person.That is an evidence of a knowledgeable person or one seeking to know further.

He is one of the few experts yours truly has encountered who places demonstration of knowledge above certification. He believes that, to really make impact, one’s certificate should match their real knowledge. To him,one’s capability must supersede or at least match one’s hype on paper.Paper qualification comes last in his assessment to complement human talent.

He was pioneer Managing Editor, African Concern and second Black News Editor of West Africa, London. The prestigious magazine was established in 1917.On the 27th September, 2003, Adesina predicted in his celebrated cover story “Welcome to the Future”, that the Caucasians would take over all European and American countries.Truly, the anti-Black immigrant laws are back in those countries while noncitizens especially Africans are now terribly discriminated against. That future is here today. Others predictions are too numerous to mention in this space.

With hundreds of journalistic feature articles and over 20 academic publications in internationally quoted learned journals, Dr Kola Adesina has impacted hugely on both journalists and budding academics in the field of communication.He was recipient of the 1998 Multicultural Media Awards moderated by Kinston University, Surrey, for the best written feature.He had also represented the United Nations Industrial Development Organization (UNIDO) on several international journalistic assignments. For his numerous contributions to journalism, media studies and social responsibilities, Adesina was also honoured with an award of excellence by African International Magazine in December 2014.

This is only a window peep on this gentlemanly scholar, astute professional and prolific mentor whose ocean has benefited humanity. Join me to congratulate Dr Kola Adesina on another milestone in the land of the living.

*Katib, a PR practitioner wrote from Crescent University, Abeokuta and can be reached via katibidris@gmail.com/08096629914